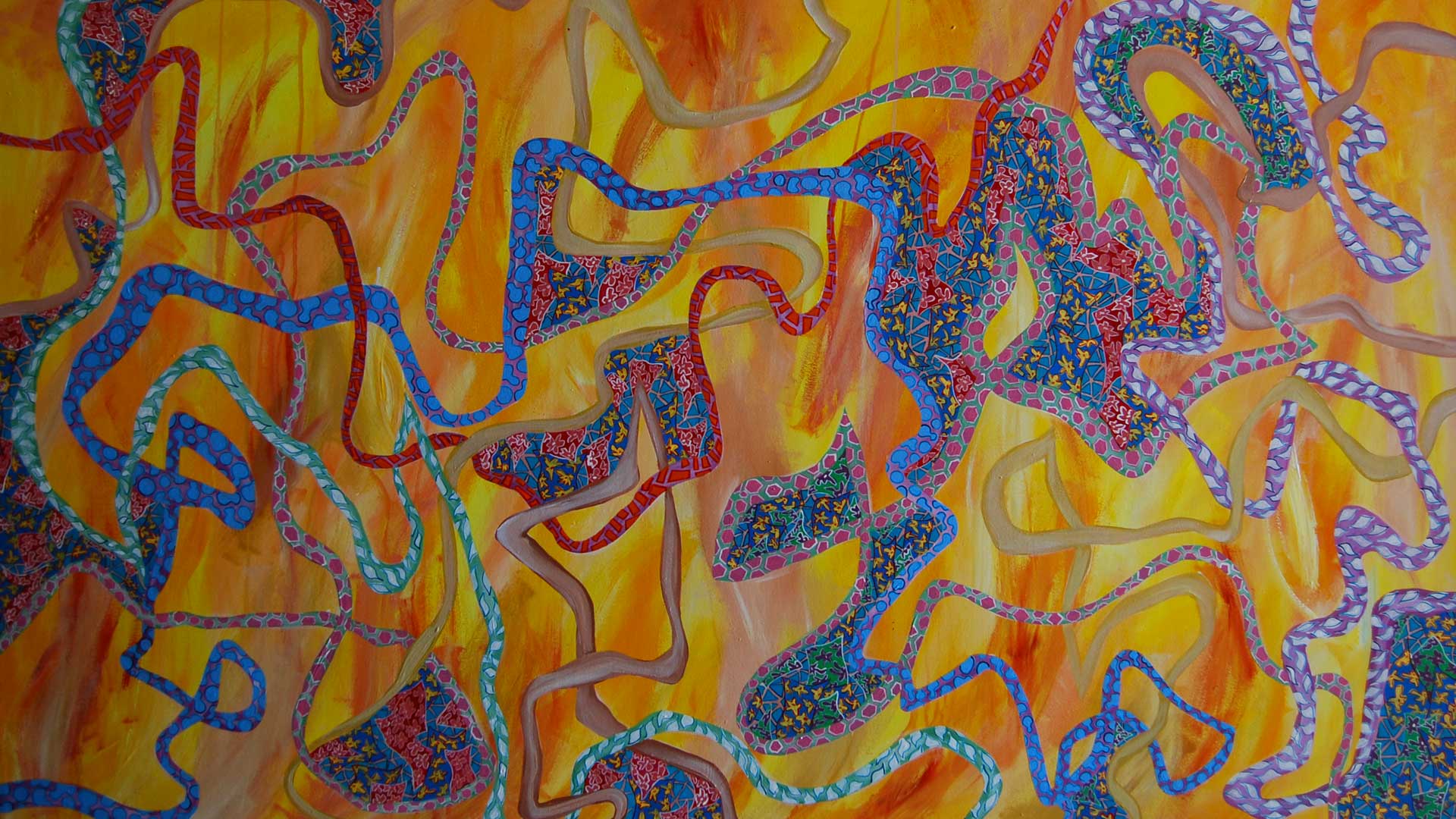 Kaz Rahman’s series of canvas pieces titled “Salaat” can be seen as his most formalistic work and at the same time painting which extensively questions the notion of time through the possibilities of the medium.

If Rahman’s work is analysed retrospectively, he repeatedly uses extra-painting materials or minimized figural images to achieve his art. Rahman’s new works however focus on shapes, colors, composition and the perceptual effects of formal qualities. Rahman seems to translate the human experience of seasons onto canvas by using painterly techniques. Vivid greenish-turquoise and lively colors of spring have energizing effects and seem to recreate the awakening of nature. The same could be said for the other seasons: moving and pushing colors of summer, the soothing effect and earthly colors of fall and the sleepy and relaxing colors of winter. There is only one exception: Monsoon.

Up until Monsoon, Rahman is seen in line with formalist visual language: colors, shapes, abstract composition, lines. Monsoon, however, reminds us of Rahman’s recurring themes in his work. By adding the Monsoon to the “long-been-universalized 4 seasons” Rahman breaks with the eurocentric notion of time. He shows us that he is not an ordinary painter who paints, but he is a visual thinker who thinks with his brush. He suddenly takes us from the dreamy construction of formalism and its pseudo-universalism and exposes us to the experience of the other which cannot be confined to “4 seasons”. That is why Monsoon is not solely an “additional” element of the series, but it is the constructive outsider of the series which pulls the rest from being ordinary works and instead elevates and gives an unusual strength to the series. Adding Monsoon is all about reclaiming the “other” experience of the “year”. Along with the landscapes, it is more of a geographical, topological and positional intervention to the eurocentric notion of time. It is the questioning of the division of the year and it assumes different locations.

Rahman’s paintings have two names: Spring-Fajr; Summer-Zohar; Monsoon-Asr; Autumn-Maghrib; winter-Isha. This is quite a powerful move from questioning the annual division of a year to the daily division of time. Moreover, it is the transition from the physical experience of time in different geographical positions, to different experiences of time in the same geographical place. If the former questions the horizontal aspect of time, the latter questions the vertical aspect of it.

Colors, lines, shapes and compositions do  not solely remind us of the seasons but display the daily division of time. They do not only signify different seasons but also signify a different cosmology. Rahman’s works turn “empty time” into an experienced piece of life by changing the taxonomy of the day. A day is not a homogenized, abstract time-unit that has 24 hours, but a lived day be real subjects that have five constantly changing parts starting from fajr and finishing with isha. This is not only a claim about painting but also questions the very fundamentals of time.

It is surprising to witness such a powerful intervention into the notion of time with formal qualities. Rahman takes advantage of the possibilities of formalism and goes far beyond that- showing he is the master of the canvas and has no complex to refrain from those materials. As Rahman’s work is assessed retrospectively, these works are smoother, calmer and more confident. “Salaat” shows that Rahman cannot be satisfied with the ordinary achievements of the medium and instead will stubbornly and cleverly push the limits of painting into its margins. 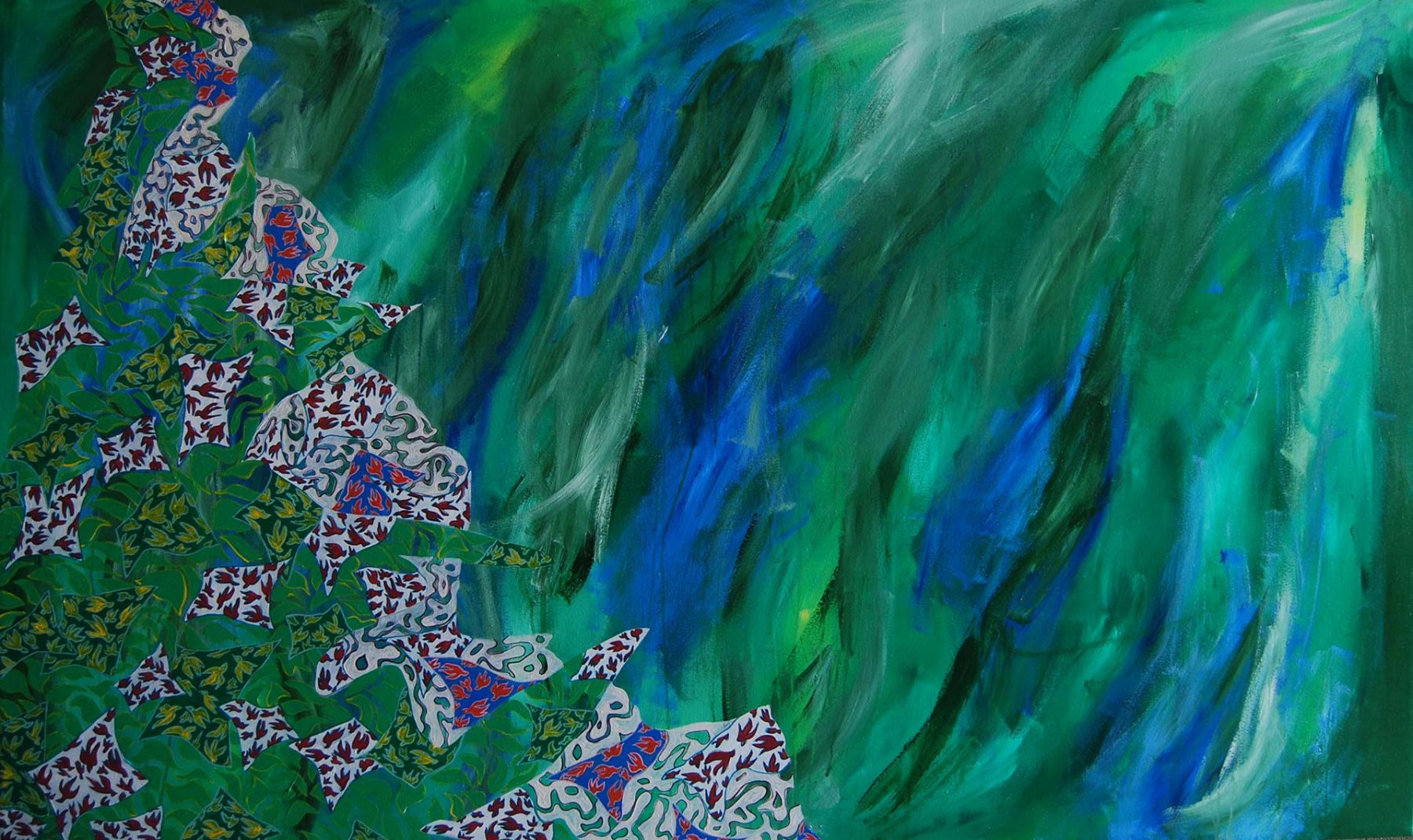 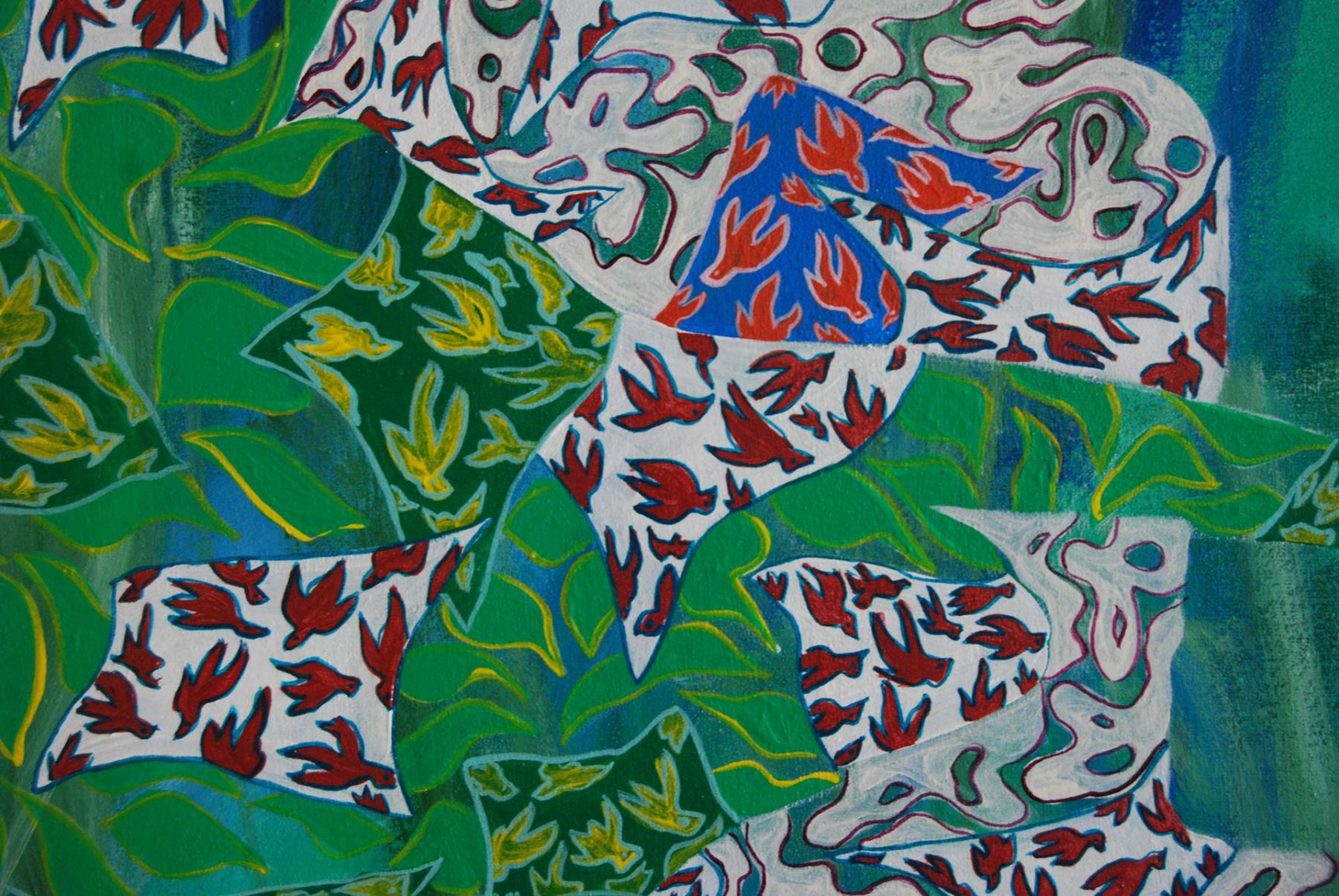 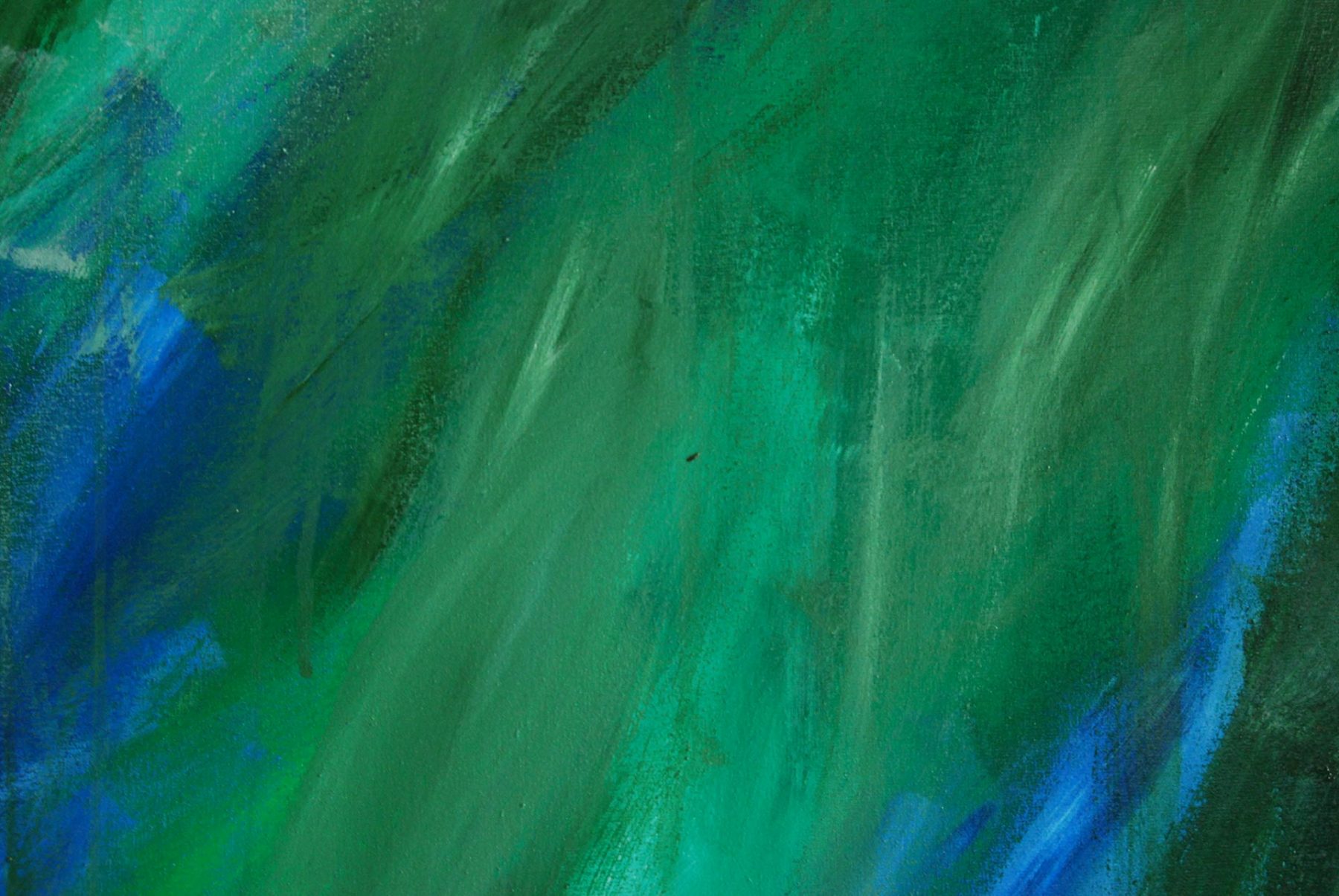 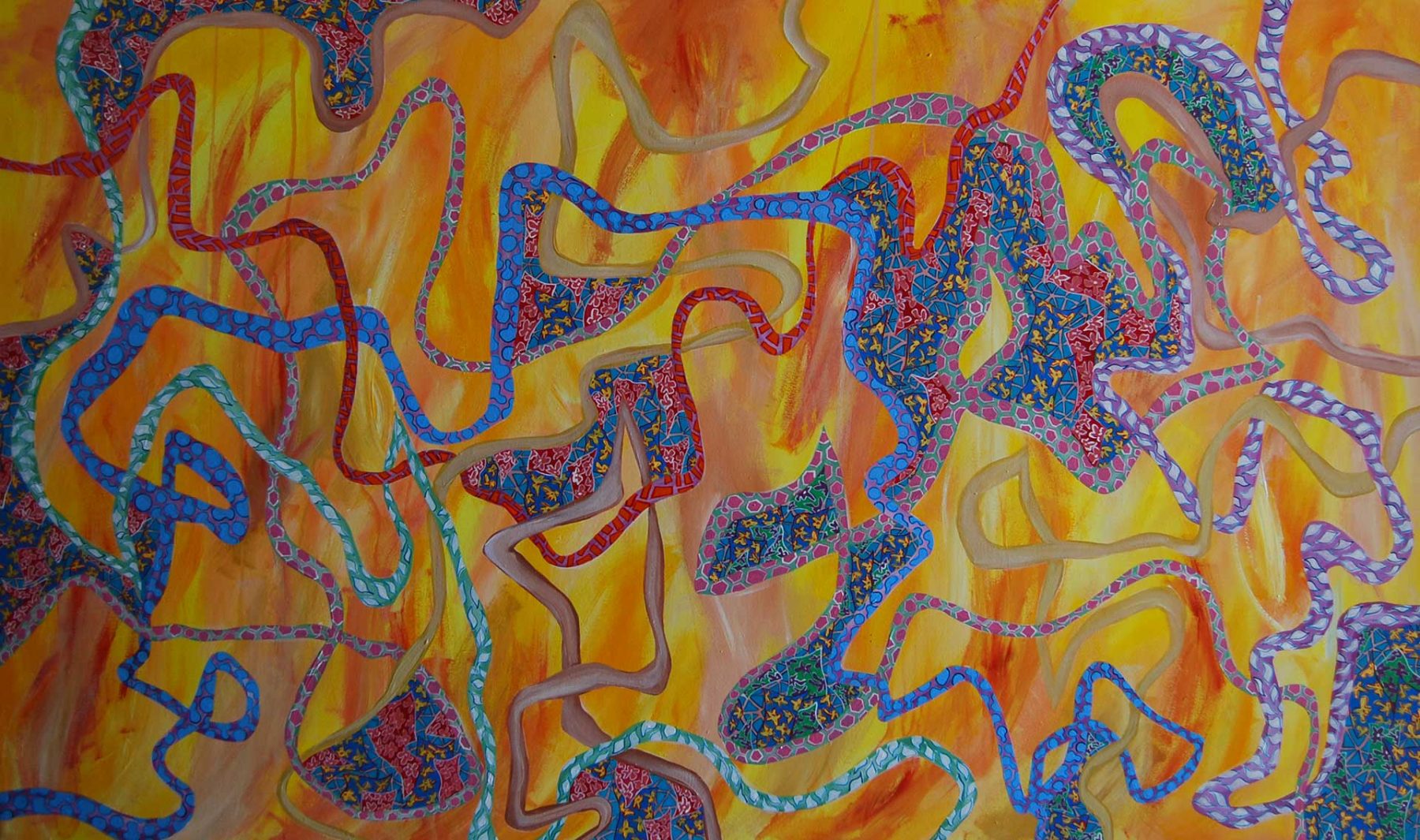 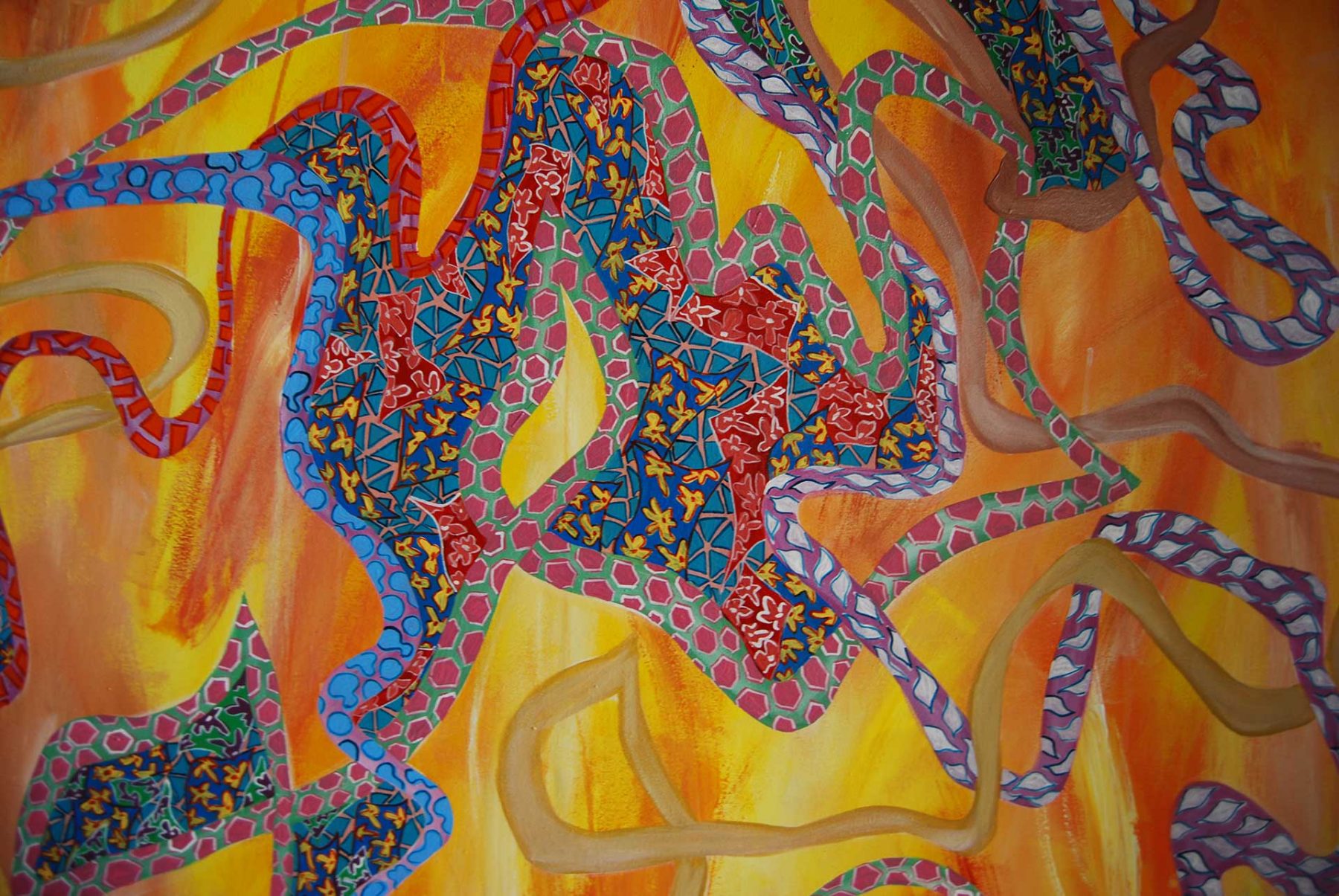 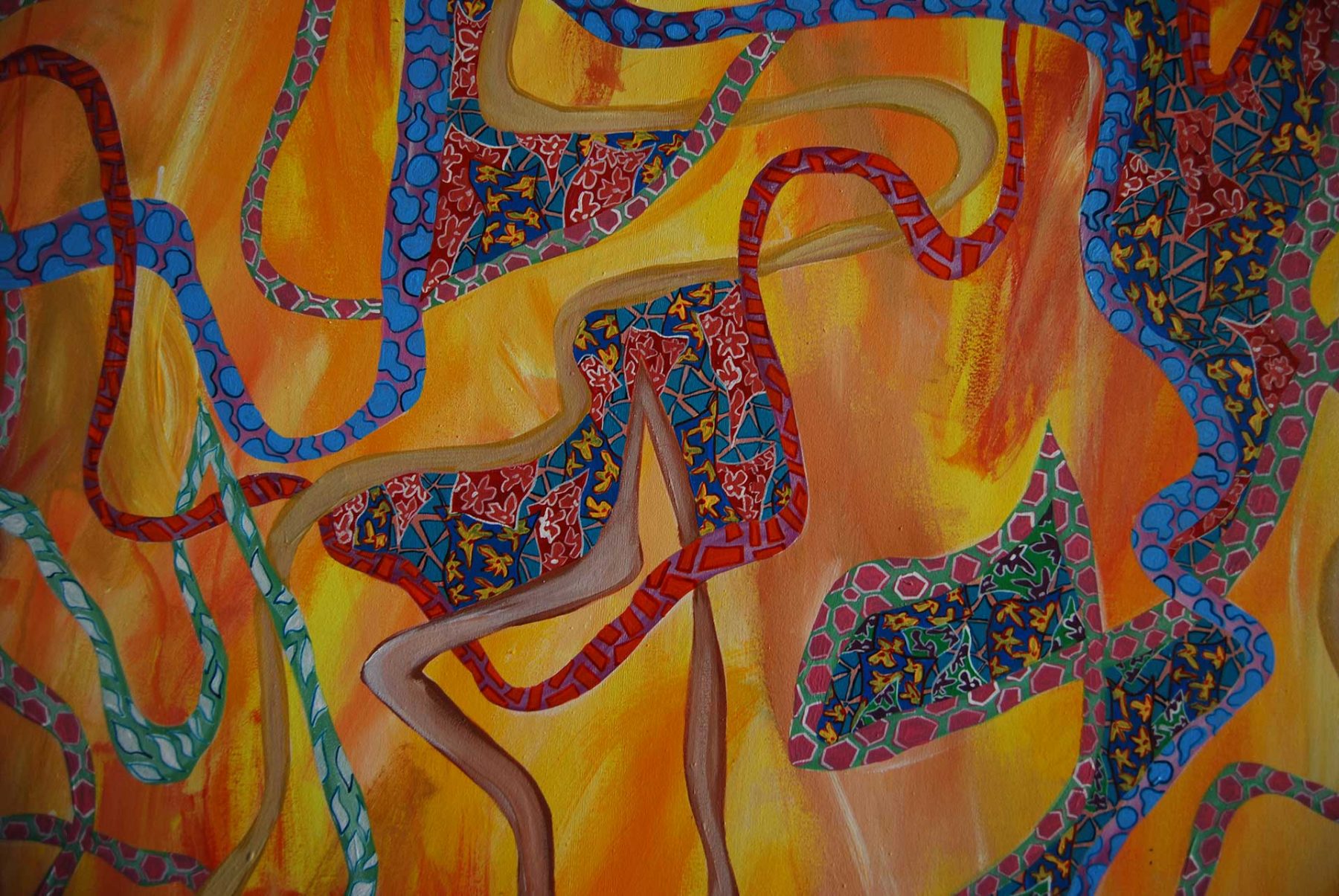 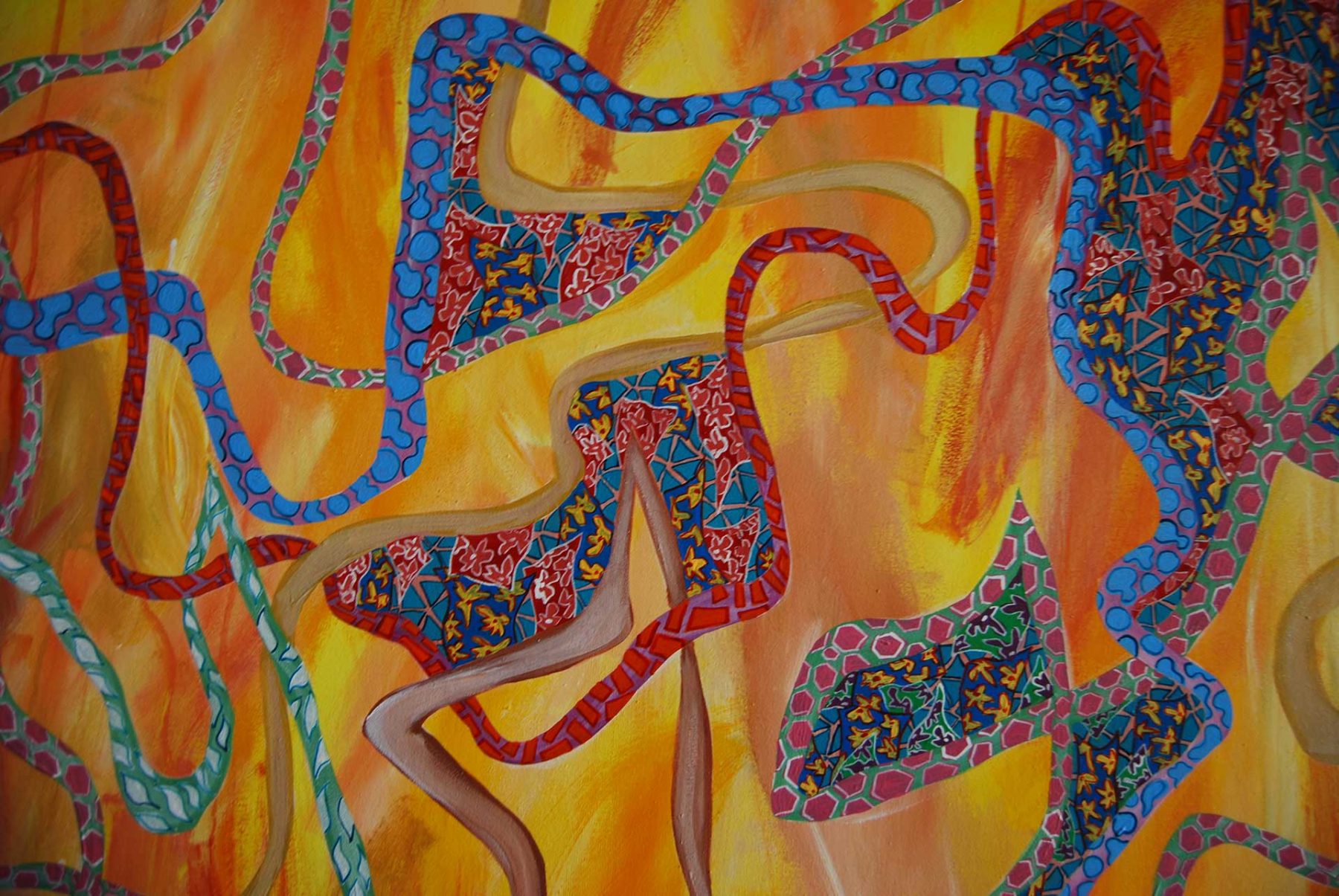 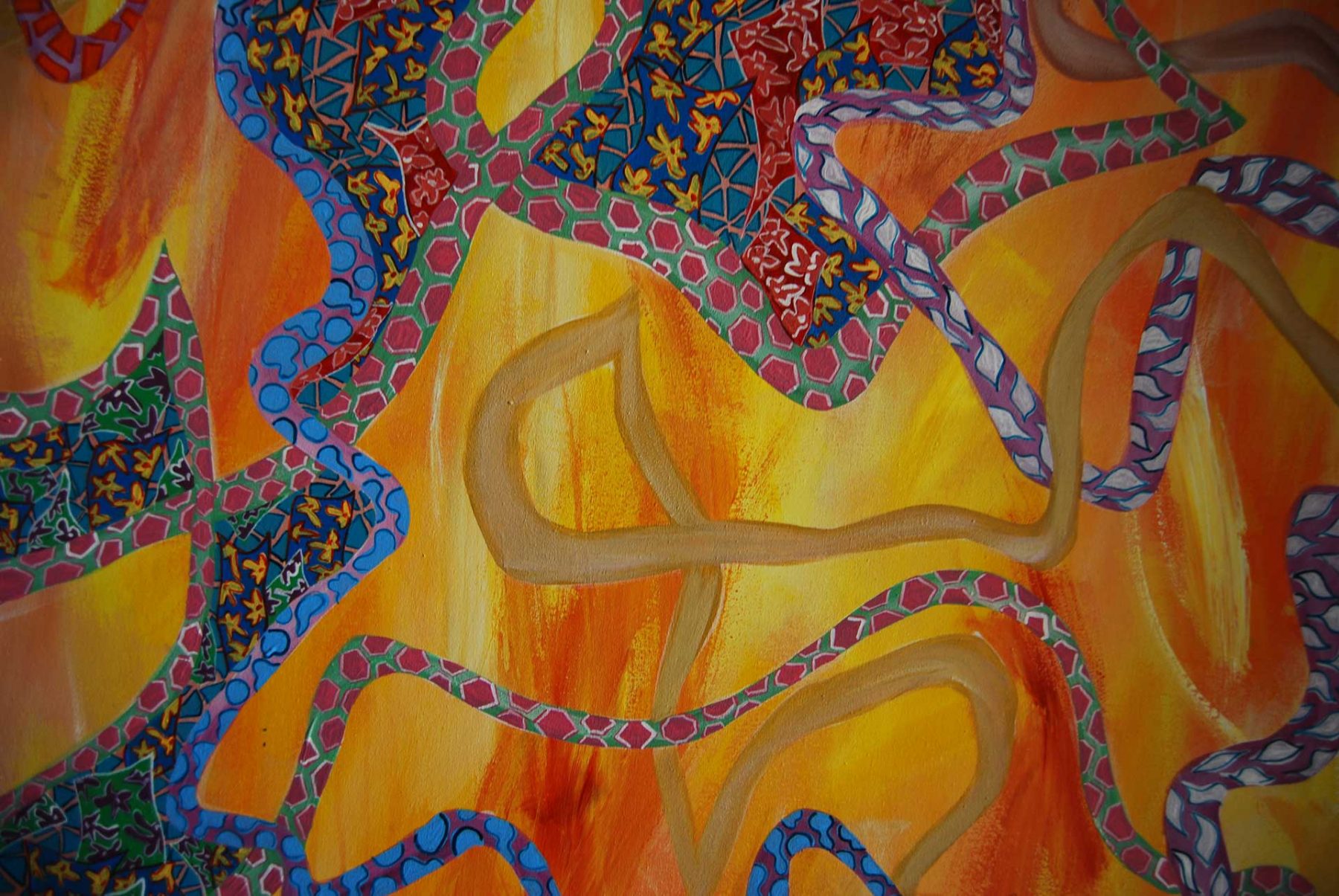 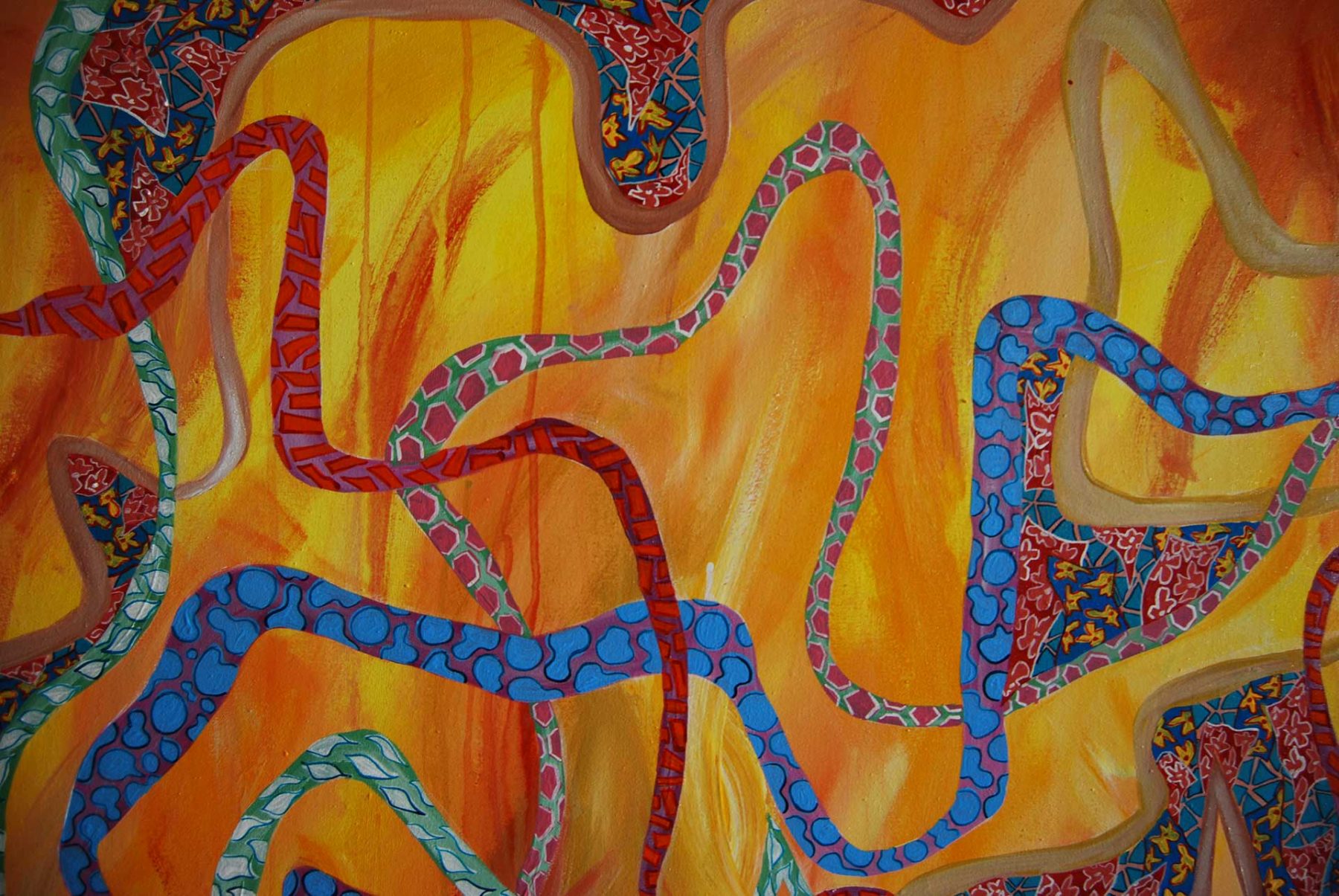 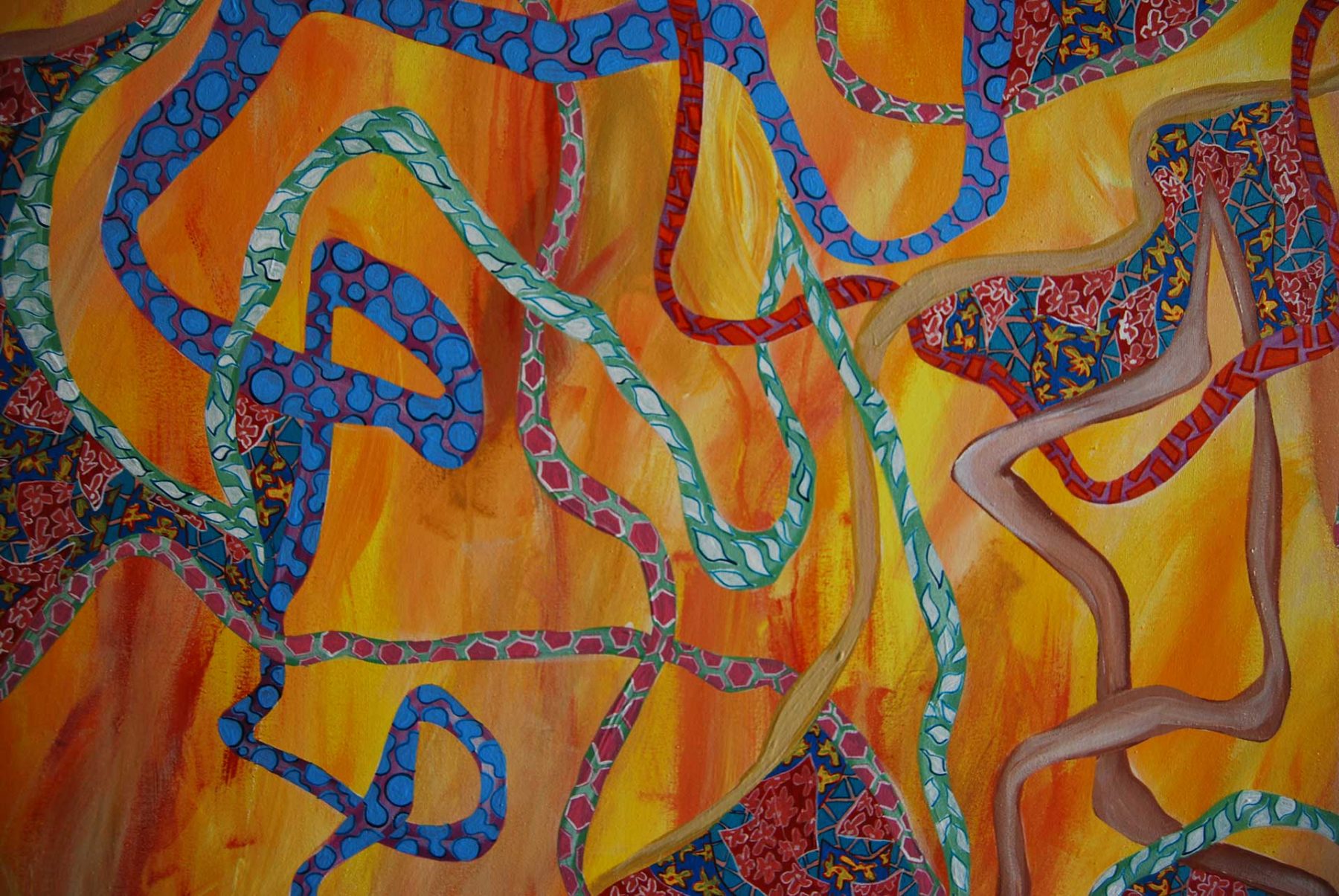 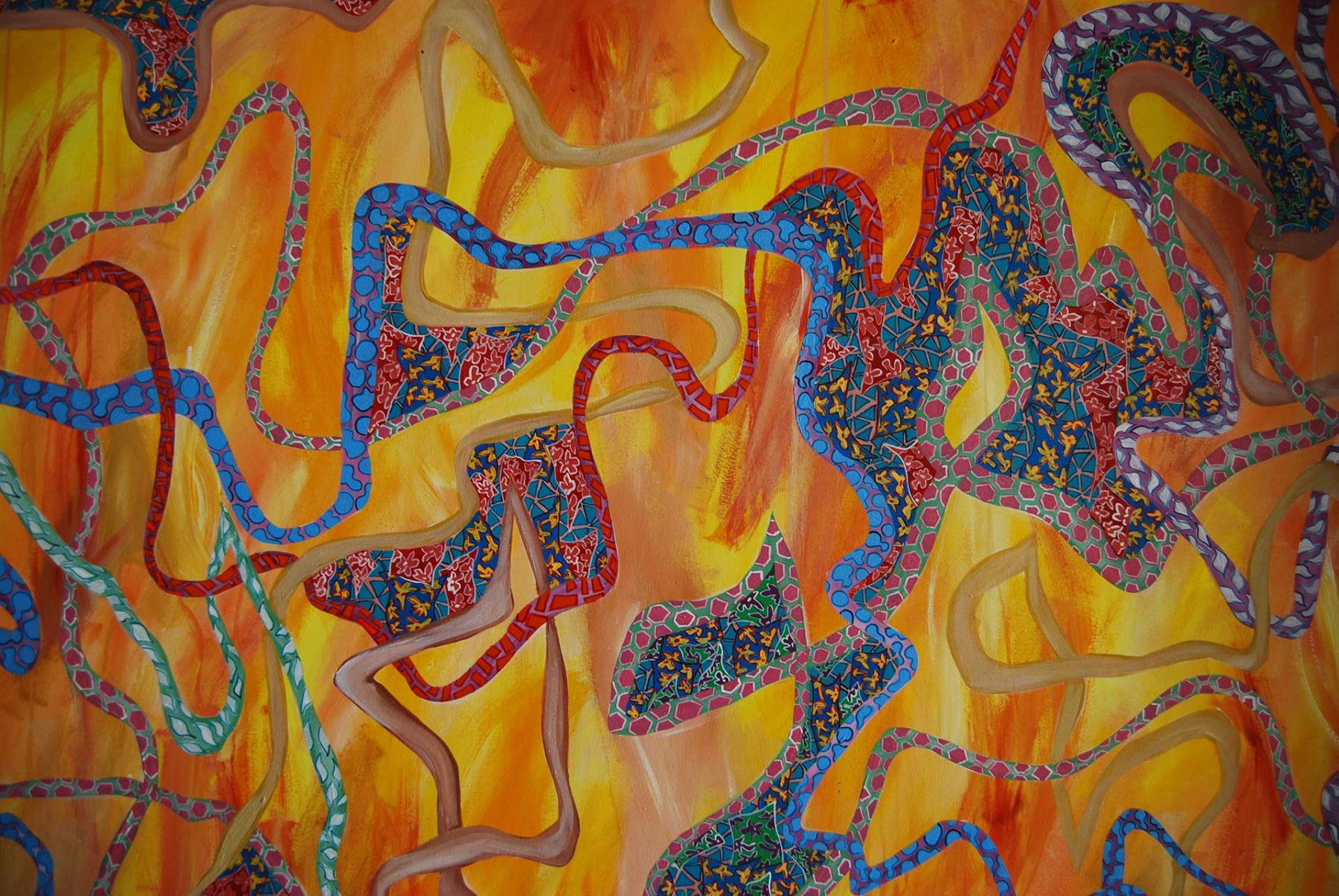 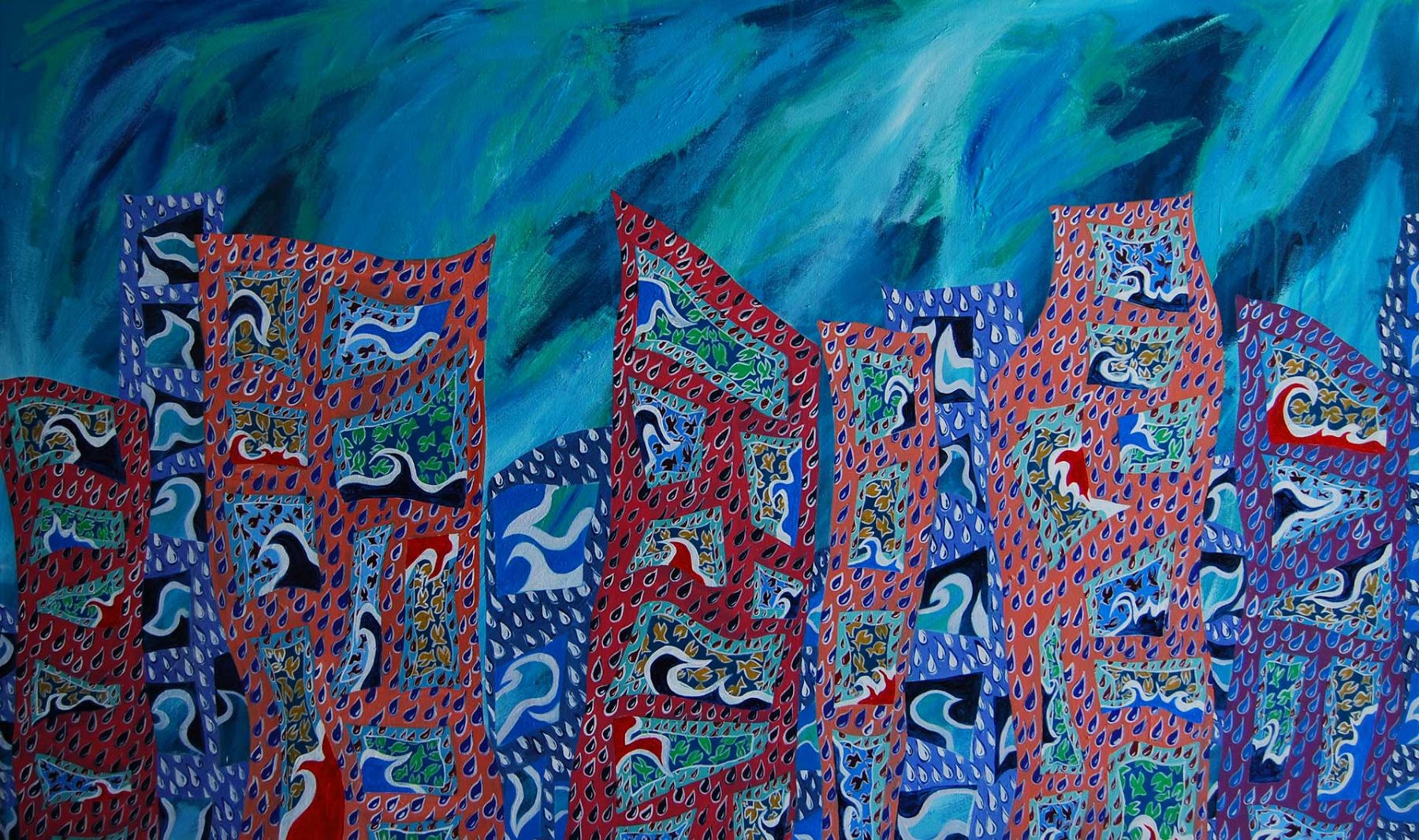 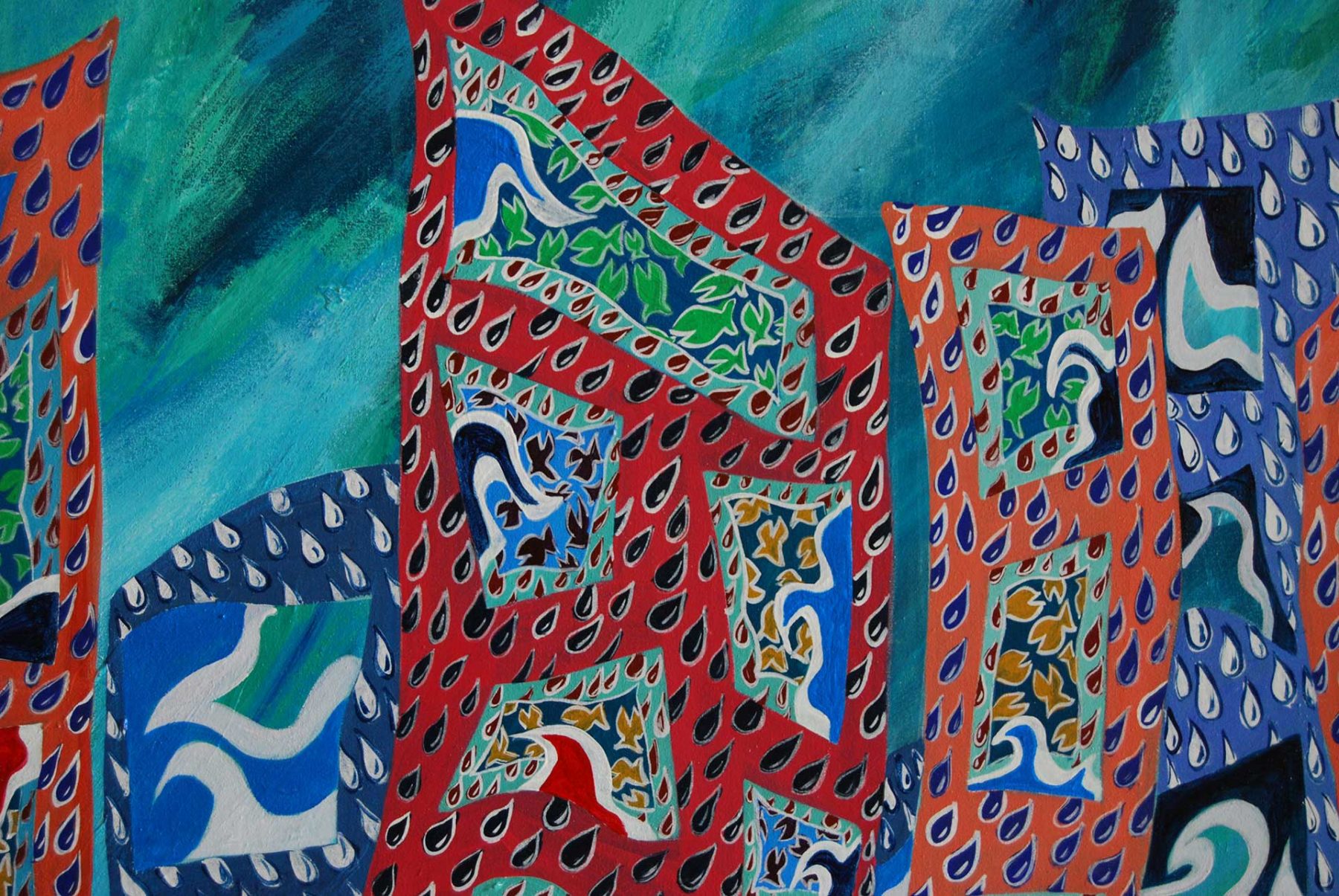 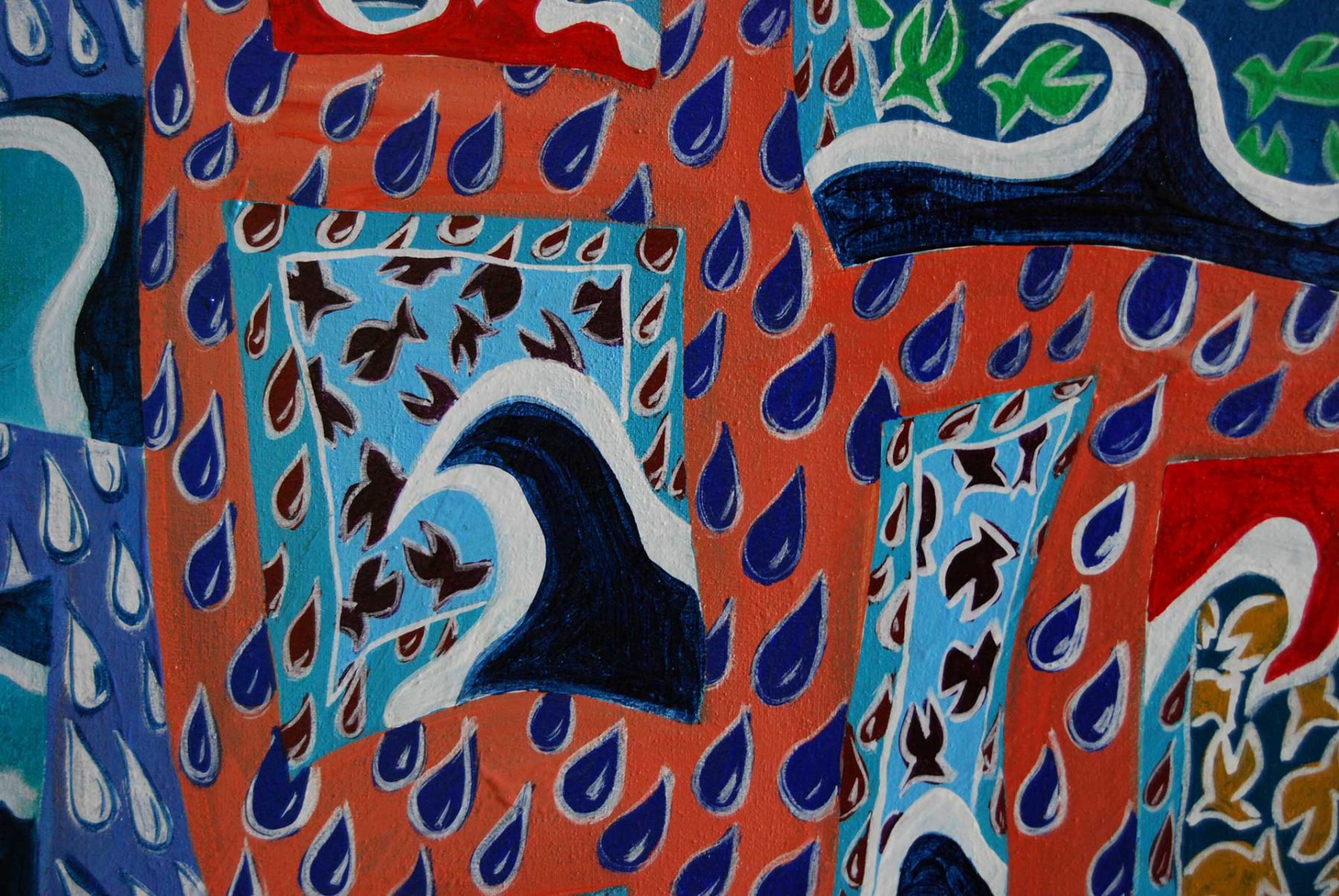 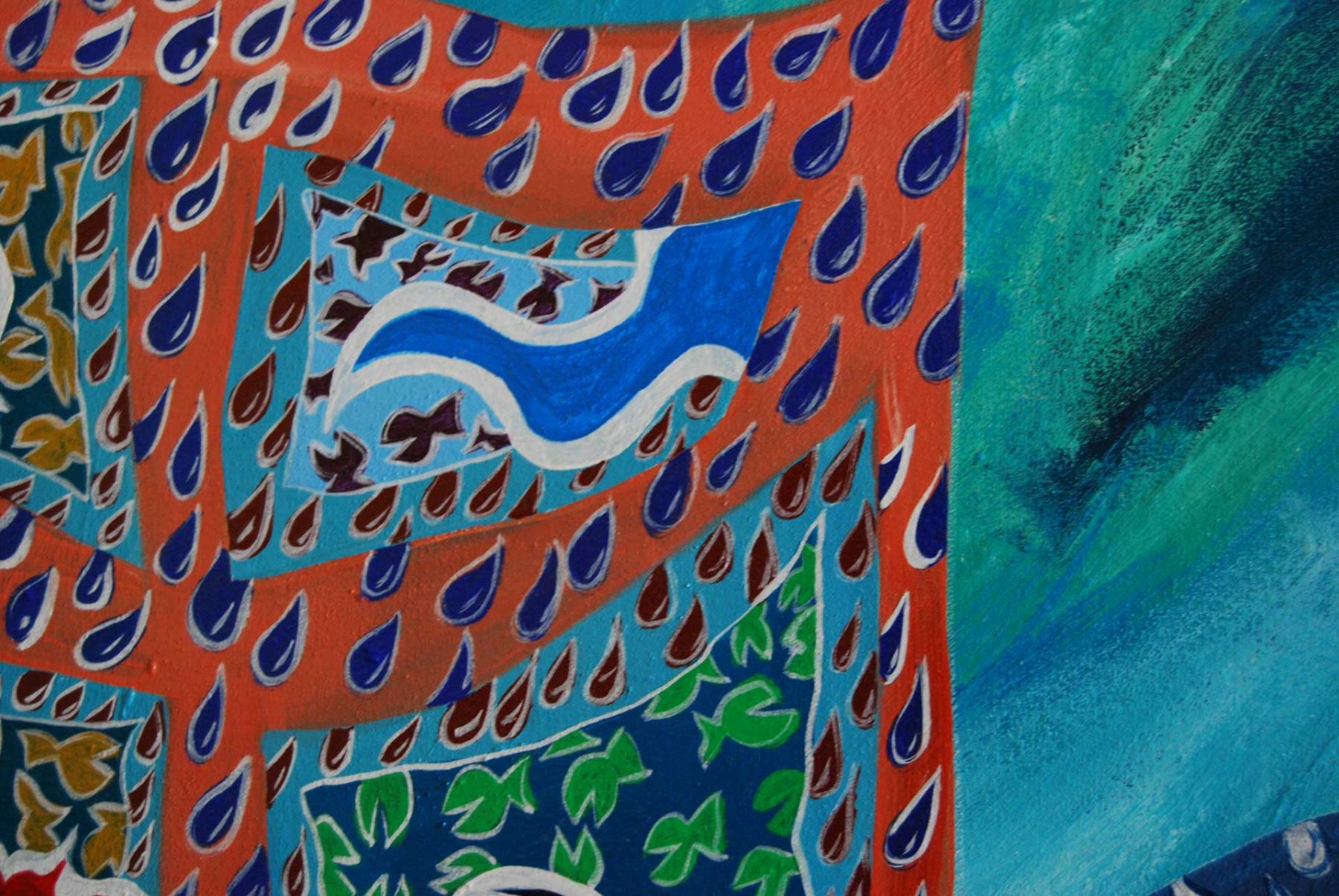 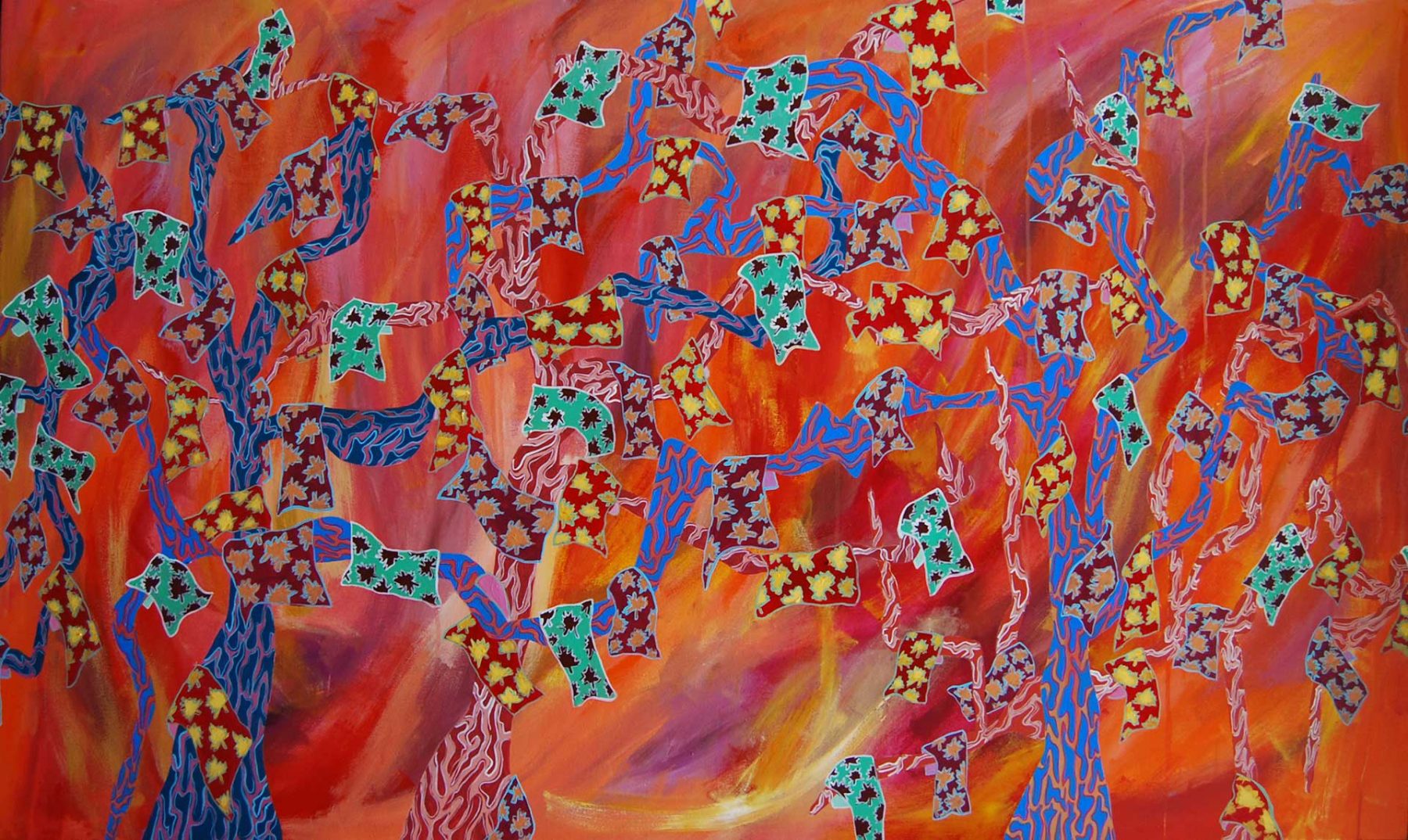 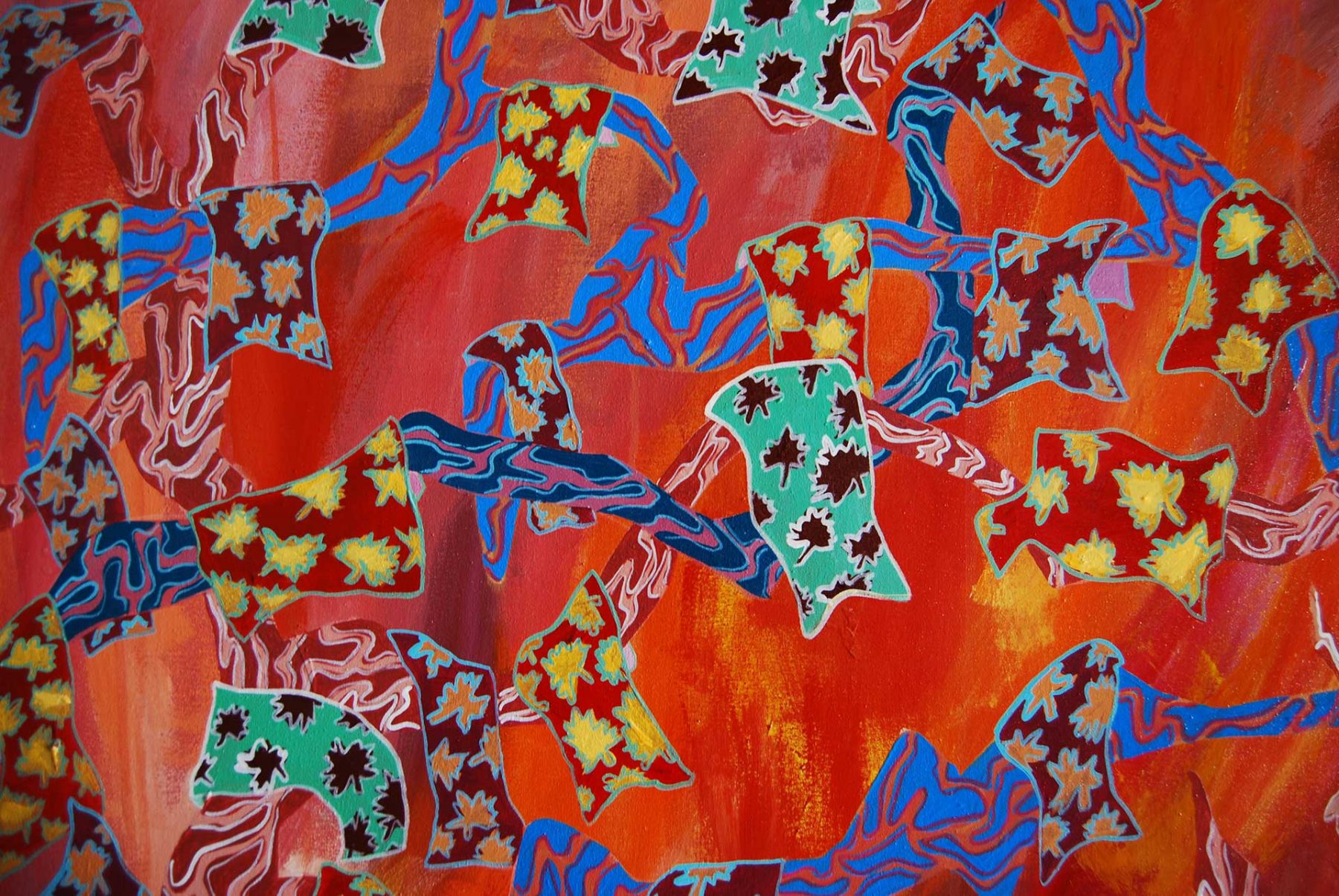 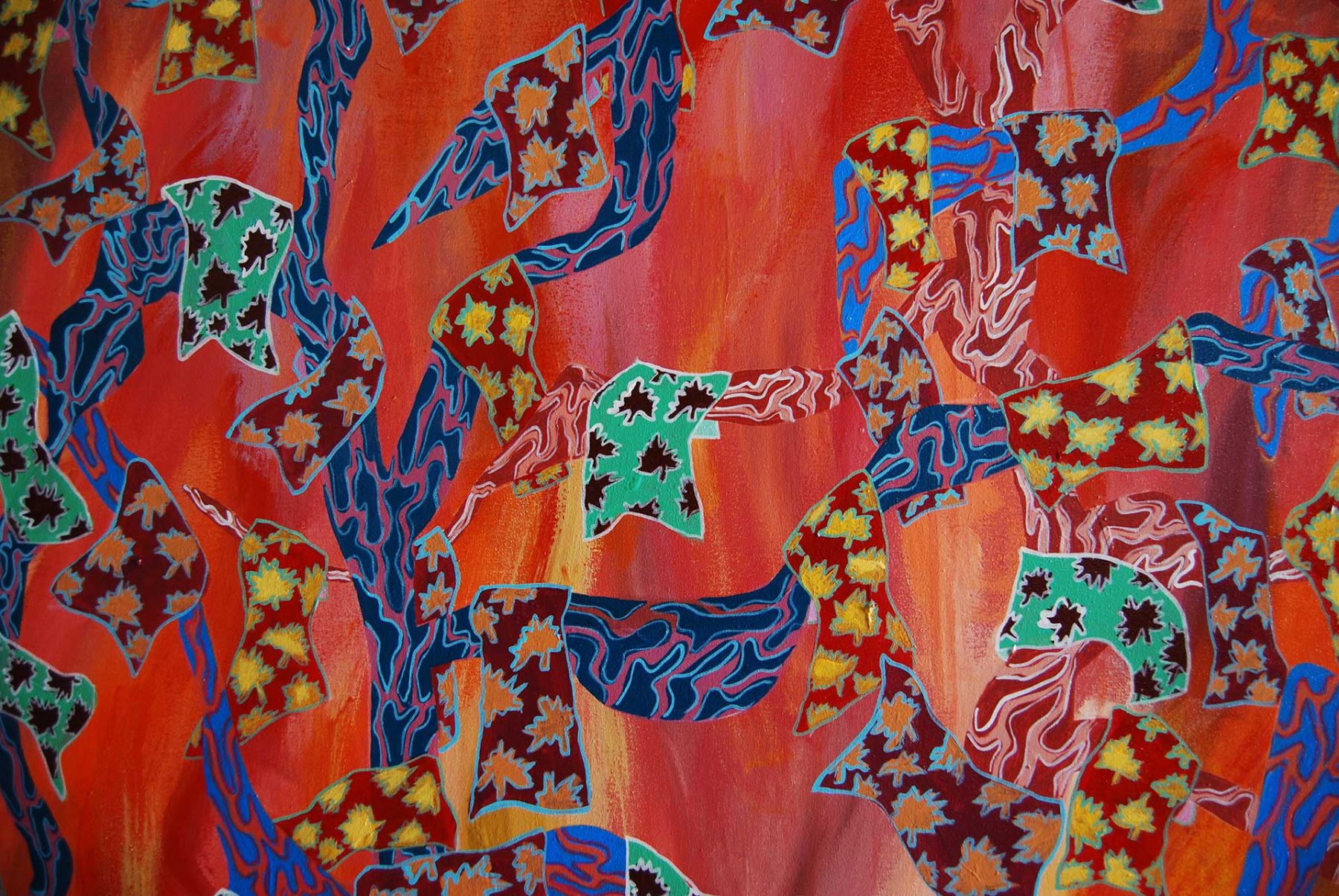 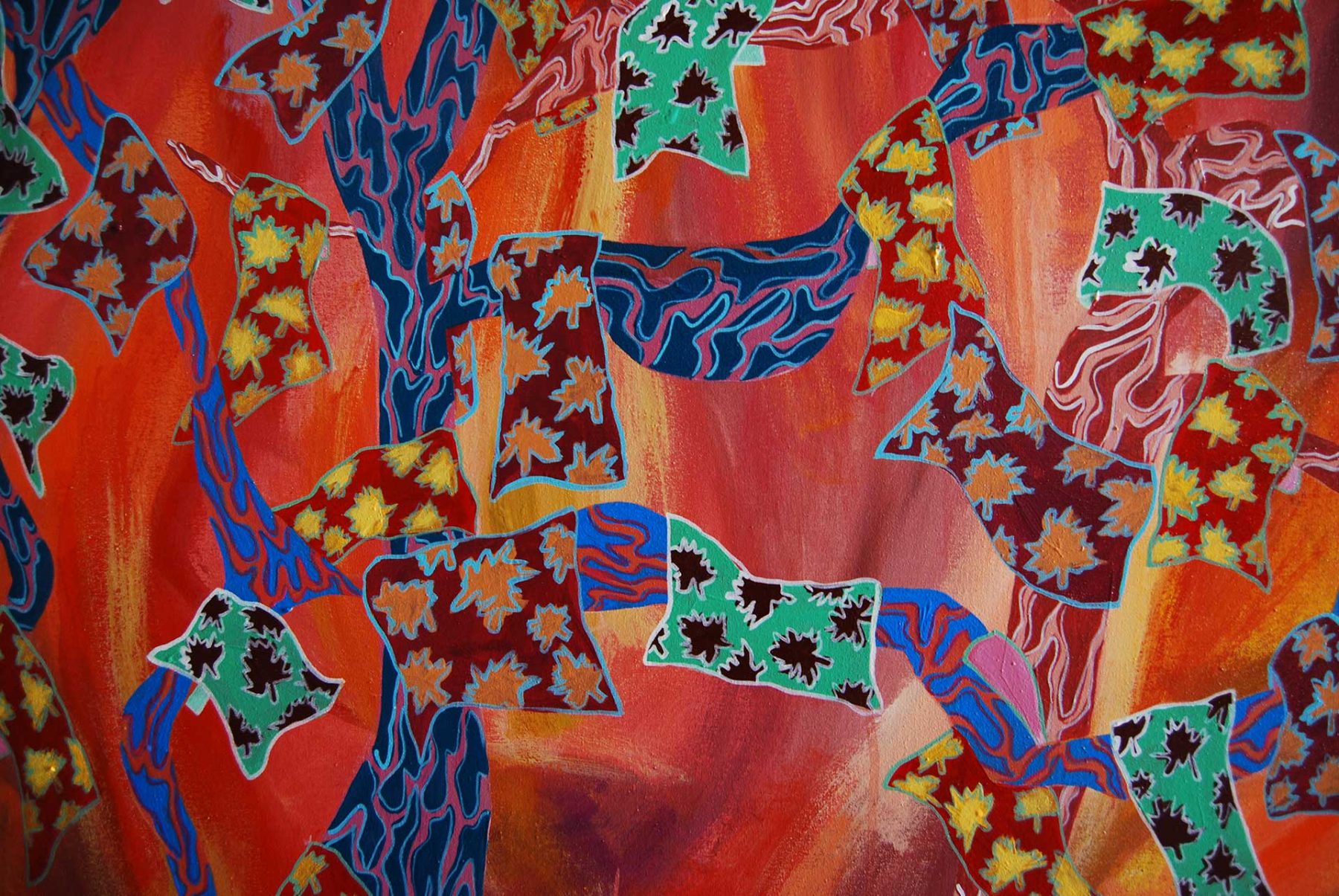 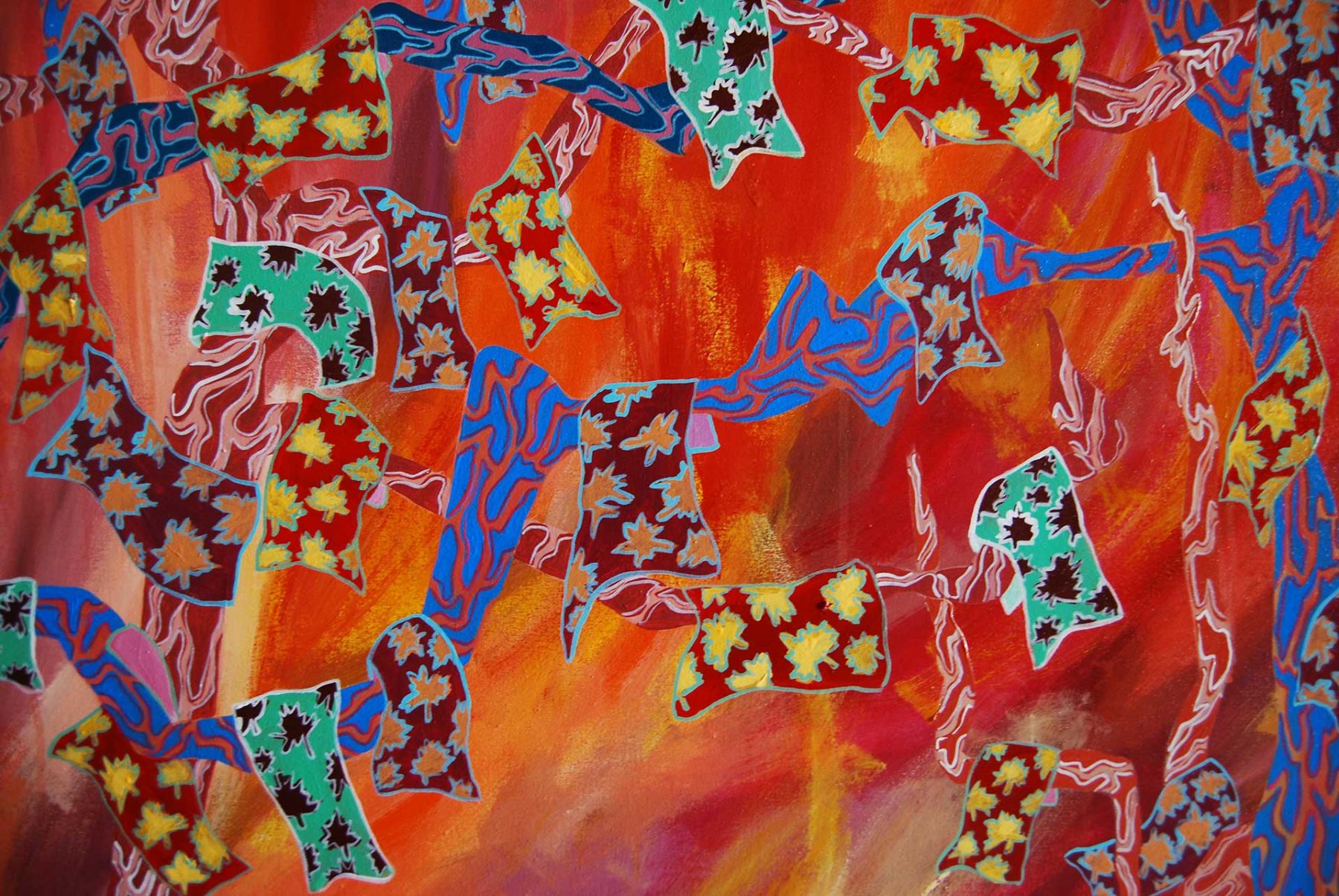 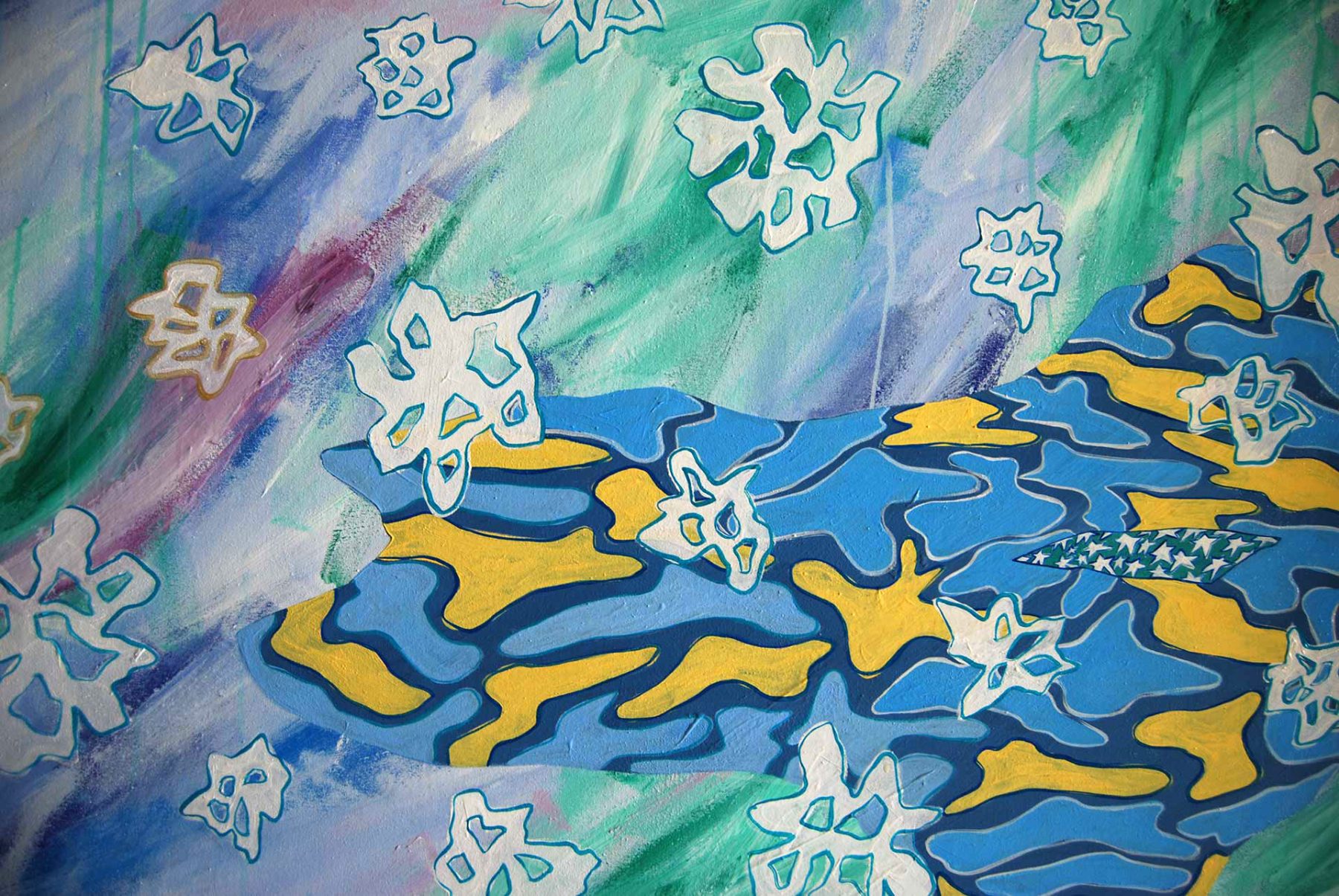 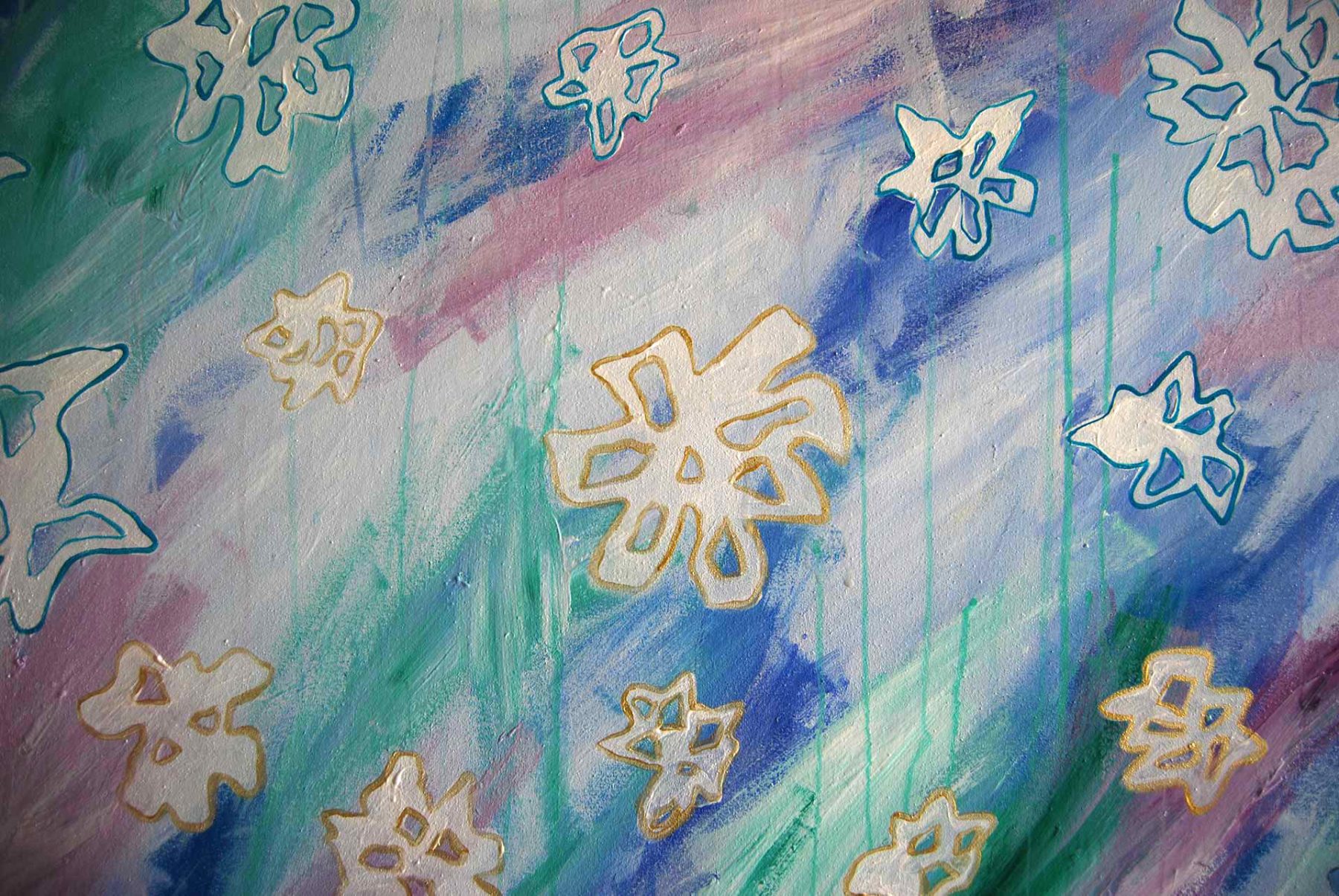 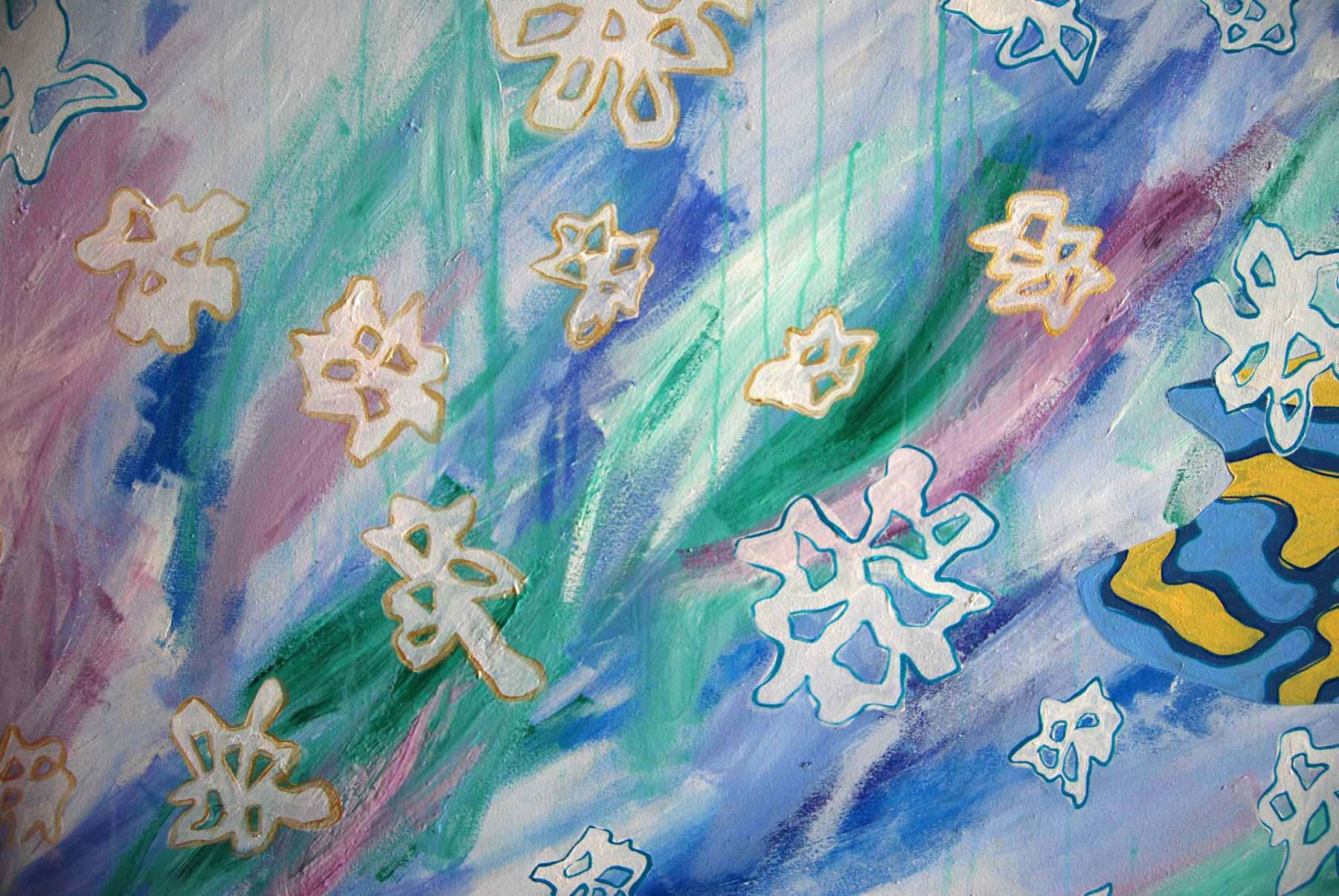 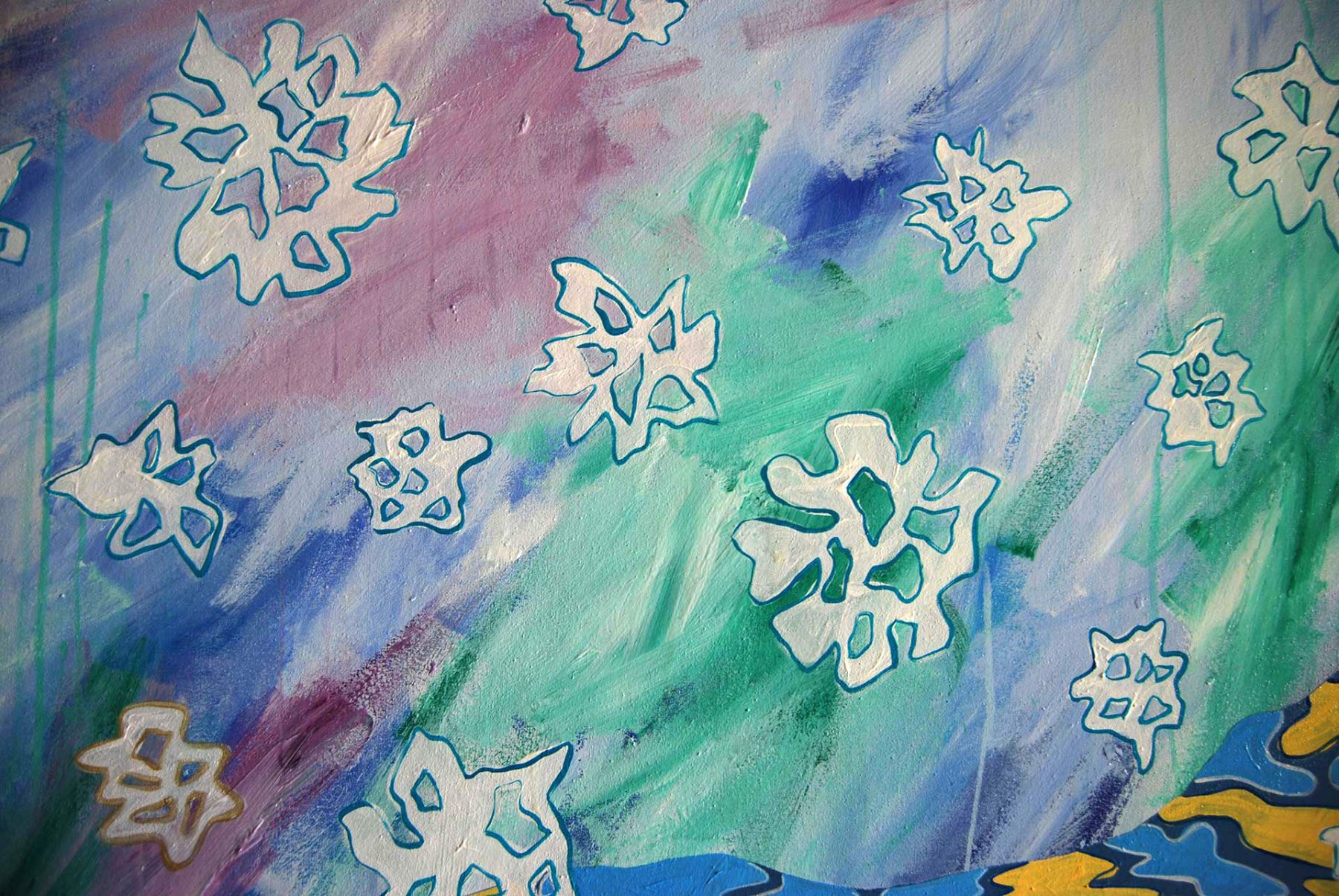