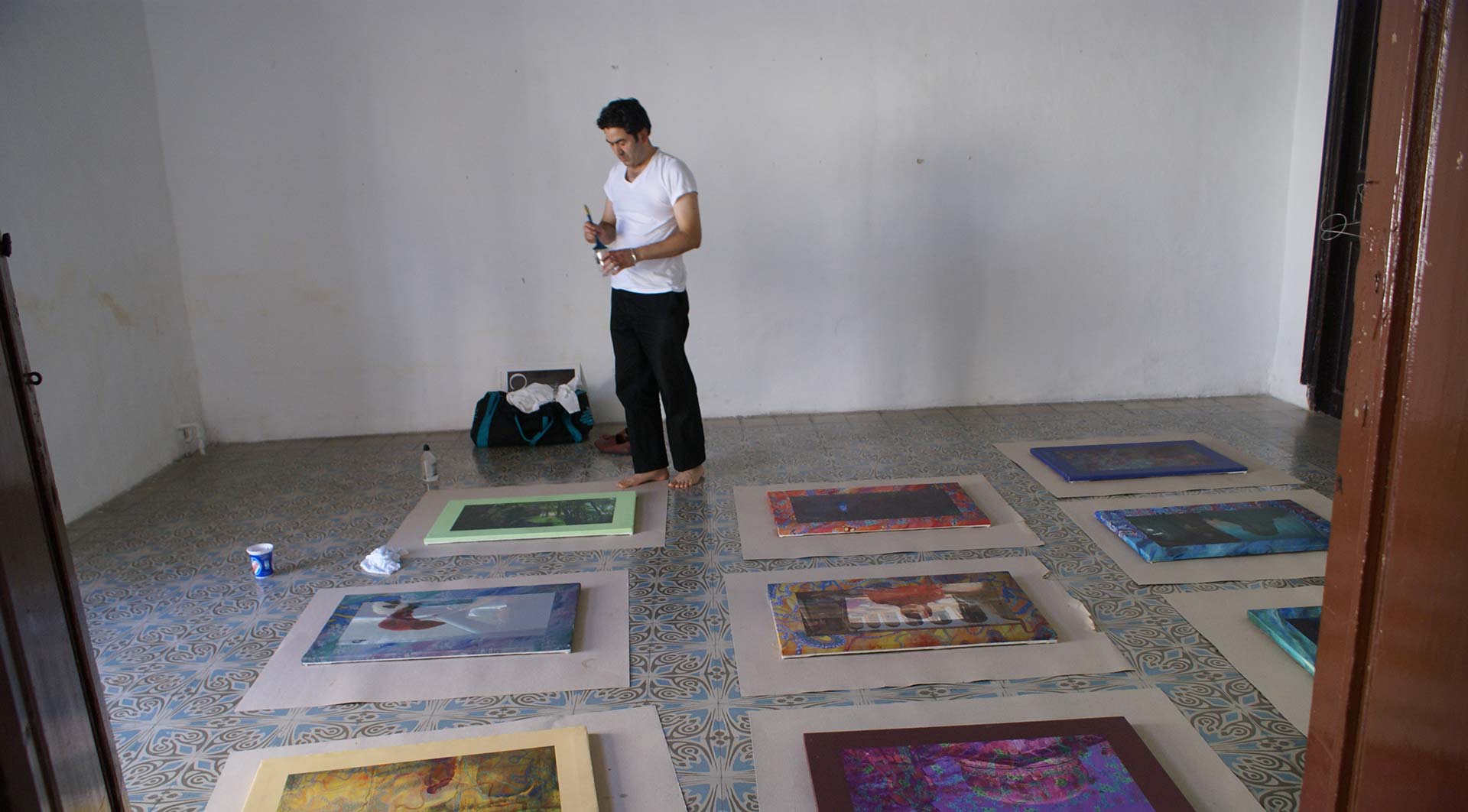 Kaz Rahman has worked extensively as Visual Artist, Filmmaker and Academic with both commercial and public institutions, festivals and broadcasters over the last 20 years. His work has played in film festivals and venues such as Anthology Film Archives (New York City), National Film Board of Canada (Toronto), India Habitat Centre (New Delhi), Salar Jung Museum (Hyderabad), Andy Warhol Museum (Pittsburgh), The San Jose Museum of Art (California), Bogazici Film Festival (Istanbul), SUFICINE Festival (Konya) and broadcast on TV24 (Turkey) and has been featured in publications such as The Times of India, The Hindu, The New Indian Express (India), Daily Sabah and Star Gazette (Turkey).

As a visual artist he has had several solo exhibitions over the last two decades and as a filmmaker his work continues to be informed by the act of drawing in cinematic terms such as the use of compositional line and color alongside sculptural form and architectural space. Some of his recent work has combined the marks of drawing with filmmaking and made use of animated techniques. His solo painting exhibitions can be described as ‘Contemporary Islamic Painting’ where an emphasis on line, pattern and color intersect with the natural elements and a repetition and mix of cultural and pop iconography. In some exhibitions such as Magic Carpet and Deccani Ark (both predominantly painting) he has used classical elements from Ottoman, Persian, Mughal and Deccani work mixed with new materials and ideas. Other shows such as Flood in the Sky (photography) and the more recent exhibition Cinematic Landscapes (painting) have intertwined with filmic approaches to shots and sequences.

Rahman is the writer/director and editor of two feature films (Salaat 2010 and Deccani Souls 2012) which borrow from documentary styles of filmmaking; these independently produced feature films can be described as ‘Art Cinema’ in the tradition of 1960’s European and 1990’s Iranian cinema while also exploring the thin line between fiction and documentary and themes such as time, memory and narrative dreams. He developed an original program on the Arts for the Turkish broadcaster TRT World (English) with different one-word themes each episode; Green and Blue (2015) is a pilot episode around the theme of poetry that combines high-profile interviews, live performances and original cinematic poems.

Rahman has been on numerous panels such as ‘Video Art and Technology’ (FIVAC Camaguey, Cuba 2011) and ‘Art as Dialog for a Global Society’ (Mattress Factory Art Museum, Pittsburgh, USA 2012) and given numerous lectures on his films and visual art as well as broader topics such as ‘Islamic Art and Modernism’ (TEDx Talk at Istanbul Lisesi, Istanbul, Turkey 2014). In 2017 and 2018 he promoted his book Islamic Art and Modernism: Formal Elements in Painting, Architecture and Film with a lecture and book launch at venues such as Pittsburgh Architecture Movie Festival in Pittsburgh, USA and Moholy-Nagy University in Budapest, Hungary. He frequently contributes essays on film, art and politics for cinema and current affairs publications. Recent projects for Rahman include work as Production Designer combining video, animation and light for the set design of an original opera by E. Miranda (featuring the BBC singers and with language by D. Peterson from Game of Thrones) called Lampedusa that premiered in February 2019 at the University of Plymouth and programmer for a series of films for the Directions Series (Mayflower 400, Plymouth 2020) which involved working with Artist/Filmmakers across countries and cities around the world.

Rahman has an MFA in Media Arts (writing/directing) from City College (CUNY), New York City and has taught at universities and colleges in Hyderabad, Pittsburgh, Istanbul and Plymouth (UK). He is currently Lecturer in Film Practice at the University of Kent in Canterbury, UK and divides his time between the UK and Canada with his wife, music composer/costume designer Hedi Hurban and their three children Mayez Rahman, Zamir Rahman and Dalia Rahman.

Delving into the Soul of the Past, The Times of India, Hyderabad, India (September 23, 2013)

The Tryst in the Hyderabad Tale, The New Indian Express, Hyderabad, India (November 4, 2012)

A Peep into the Melancholic Past of Deccani Soul (The Hindu) Hyderabad, India (August 31, 2012)