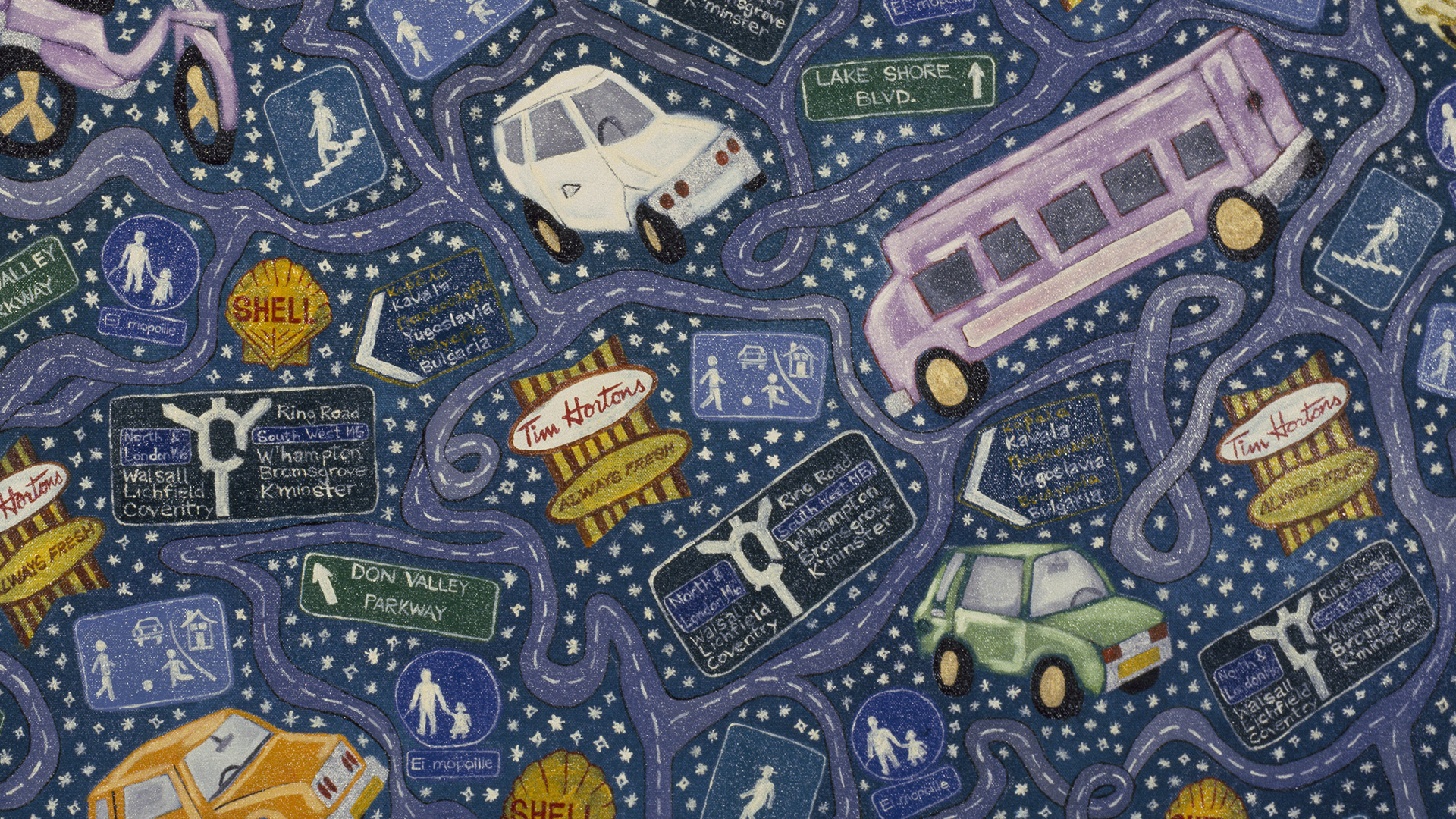 Abstract and representational, sacred and profane and universal, repetitious and surprising, profound and whimsical, chaotic and serene: the art of Kaz Rahman embraces many contradictions. It is a space where pop-cultural artifacts drift free of their banality, where snowflakes seem to breathe with organic life and tigers leap from a field of green like curious flowers, where elegant patterns dissolve, upon closer inspection, into discrete images blithely jostling about.

The central paradox from which all of these contradictions spring is the one that forms the basis of Islamic art by which Rahman’s work is informed: the attempt to portray the infinity of space/time through the finite medium of painting. This is primarily achieved through the use of intersecting patterns which repeat and stretch off the borders of the painted surface to imply a continuation that has ho limits, resulting in what Alexandre Papadopoulo calls a vertigo of the spirit. Rahman combines this approach with iconographical portrayals of startlingly recognizable objects whose pop significance seem to be in direct contrast to their reflective, meditative settings.

One would be mistaken, however, to view Rahman as simply a post-modern pasticheur ironically referencing incongruous art styles for the sake of pure effect. Rather, he is an artist whose sensibilities are grounded in Muslim faith and quite naturally utilizes traditional methods of Islamic expression to further a highly interiorized examination of earthly and spiritual concerns in modern times. Although many of the references in Rahman’s work are obliquely personal, his persistent use of them enable us to see the choices he is making as a constant re-working of a few central themes.

One of these themes -that of travel- is apparent in form in what is Rahman’s breakthrough work, Celestial Birds Eye. Looking at this work, it is almost impossible to keep one’s eye from straying in all directions. The restless, kinetic energy of the punning imagery, tempered by the graceful, fluid linework of its execution produces an effect that is at once disorienting and engaging. In Celestial Highway, the exhilarating monotony of road travel, with its endless cycle of road signs, billboards and passing vehicles is evoked. Aeroflot and Russian Winter Landscape were both painted while Rahman was living in Russia and explore the psychic and physical environment of that country as experienced by a foreigner. Galactic Prairies was inspired by a trip across Southern Canada to Vancouver, and Circus (puddles with gum) by a trip across the northern United States to New York City.

Another constant is the use of images of the kind of mundane objects which have become all but invisible to us through daily exposure to the sight of them – coffee cups, envelopes, lamp posts, etc. The most striking example of Rahman’s deployment of such images is in the Four Seasons. As in the other paintings, the objects are repeated and placed in seemingly random fashion alongside other objects, producing an oneiric effect unique to Rahman’s work, but in grouping the objects according to the seasons in which they are most commonly used, the effect is doubled with a beguiling meditation on the ever-changing, yet ever-constant nature of existence.

What is especially intriguing about the work is that the seasons are not placed in a straight line, with one neatly following the other, but float next to and are surrounded by each other, separated by sinuous, curling borders. The depiction of time here is not unlike the depiction of space in the other works; just as there is no up or down in Rahman’s paintings, neither is there any before or after. In these paintings, concepts such as past, present and future, or dream, reality and memory become tenuous at best.

Celestial Highway introduces an image which recurs in most of the works – the street sign. Rahman’s rendering of the monochrome pictographs of a road junction, a figure descending a staircase, as parent holding a child’s hand, show a delight in the simple elegance of expression attained. What is fascinating about these hieroglyphs is their ability, through the use of a few lines and basic geometric shapes, to represent both an object and an abstract idea.

This style of representation is extended to the way Rahman paints figures and objects as well, searching for the essential form of the things which surround us daily and occupy our thoughts and abstracting it through repetition. In taking these objects out of their habitual contexts, we are asked to see them for what they really are, as opposed to how we usually see them, which is intimately connected with how they are used; placing them in juxtaposition, the associations of each collide and rhyme with each other, creating new spaces for reflection.

While the choice of objects portrayed may seem alternately cryptic or random, it is really just a reflection of Rahman’s own personal universe, that which he finds in the spaces around him and in his dreams and memory, so that to question how these ideas fit together is to question the workings of consciousness itself, and its relation to more tangible realities. It is through this investigation of the provisional nature of identity and earthly forms intricately linked together within the infinity of the universe that Rahman’s work is elevated to a spiritual level where it can be seen as a modern-day meditation on Islamic philosophy. 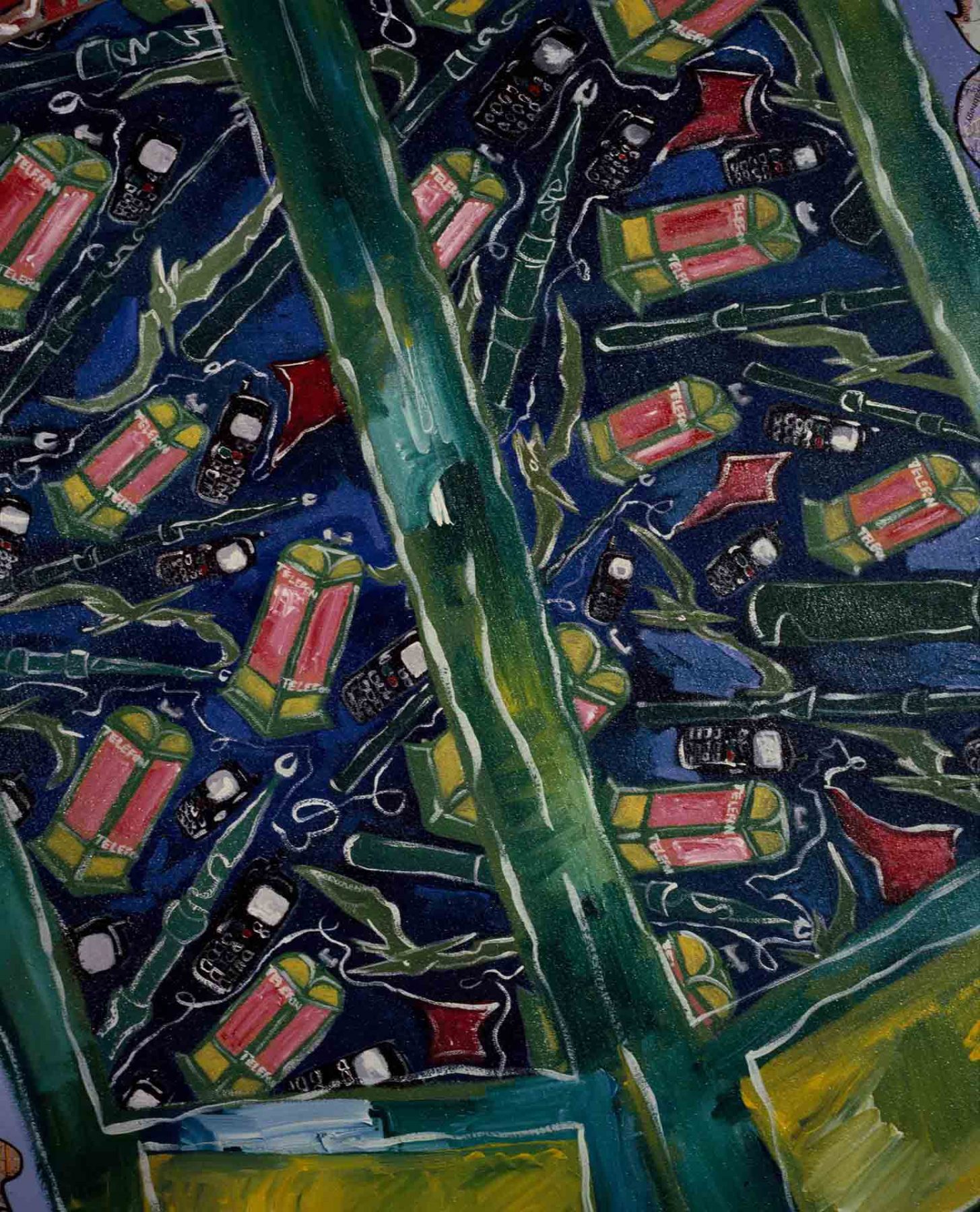 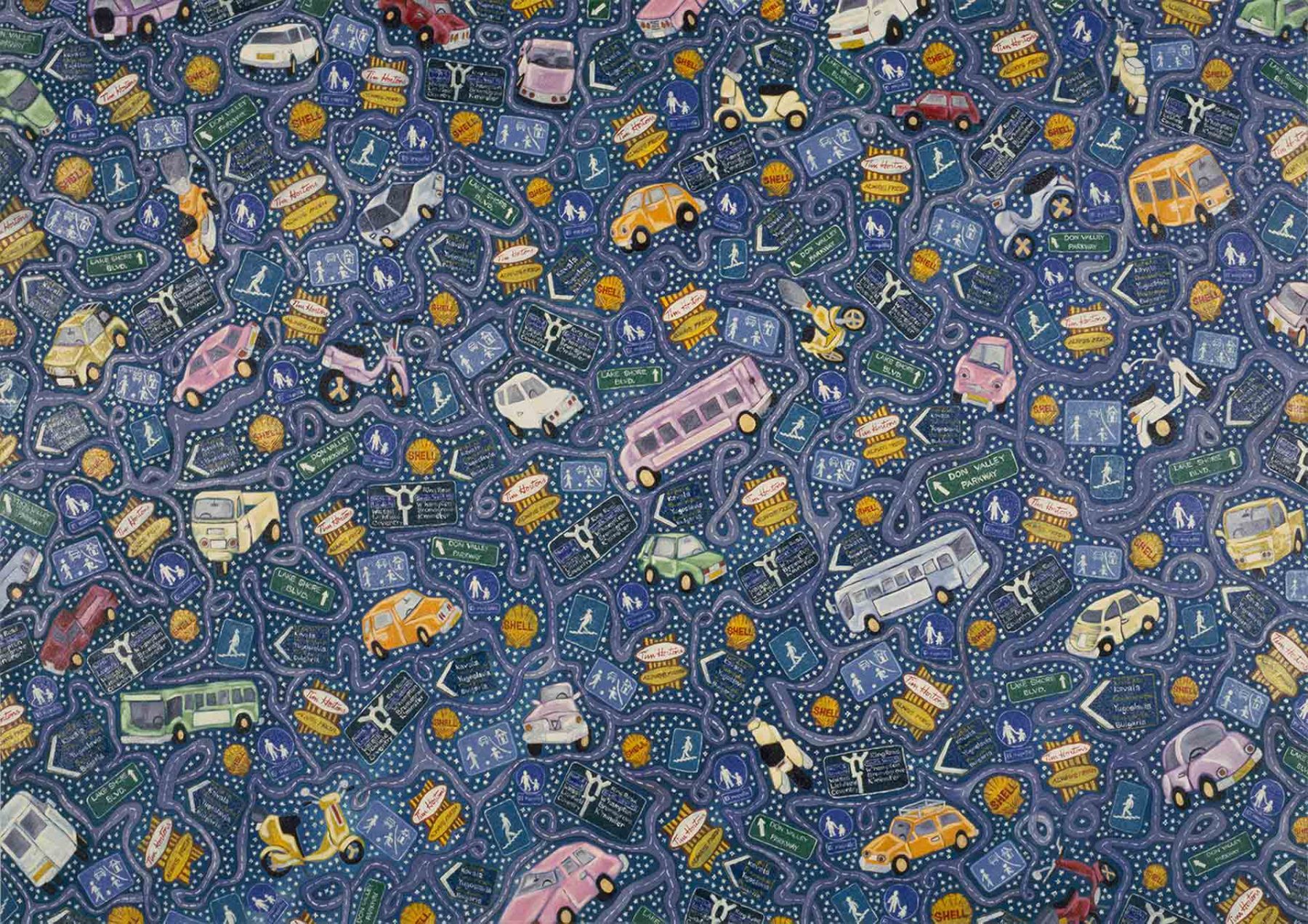 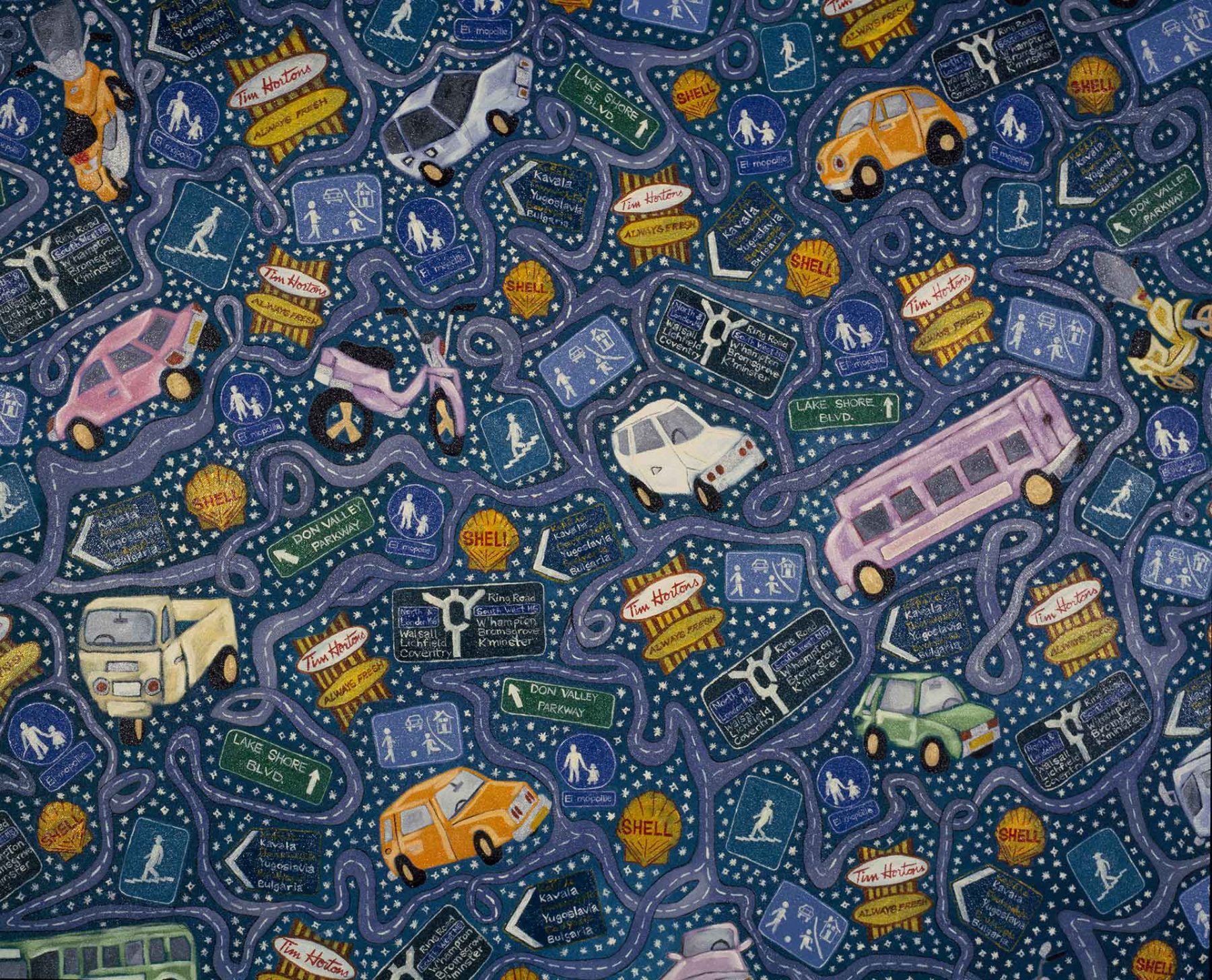 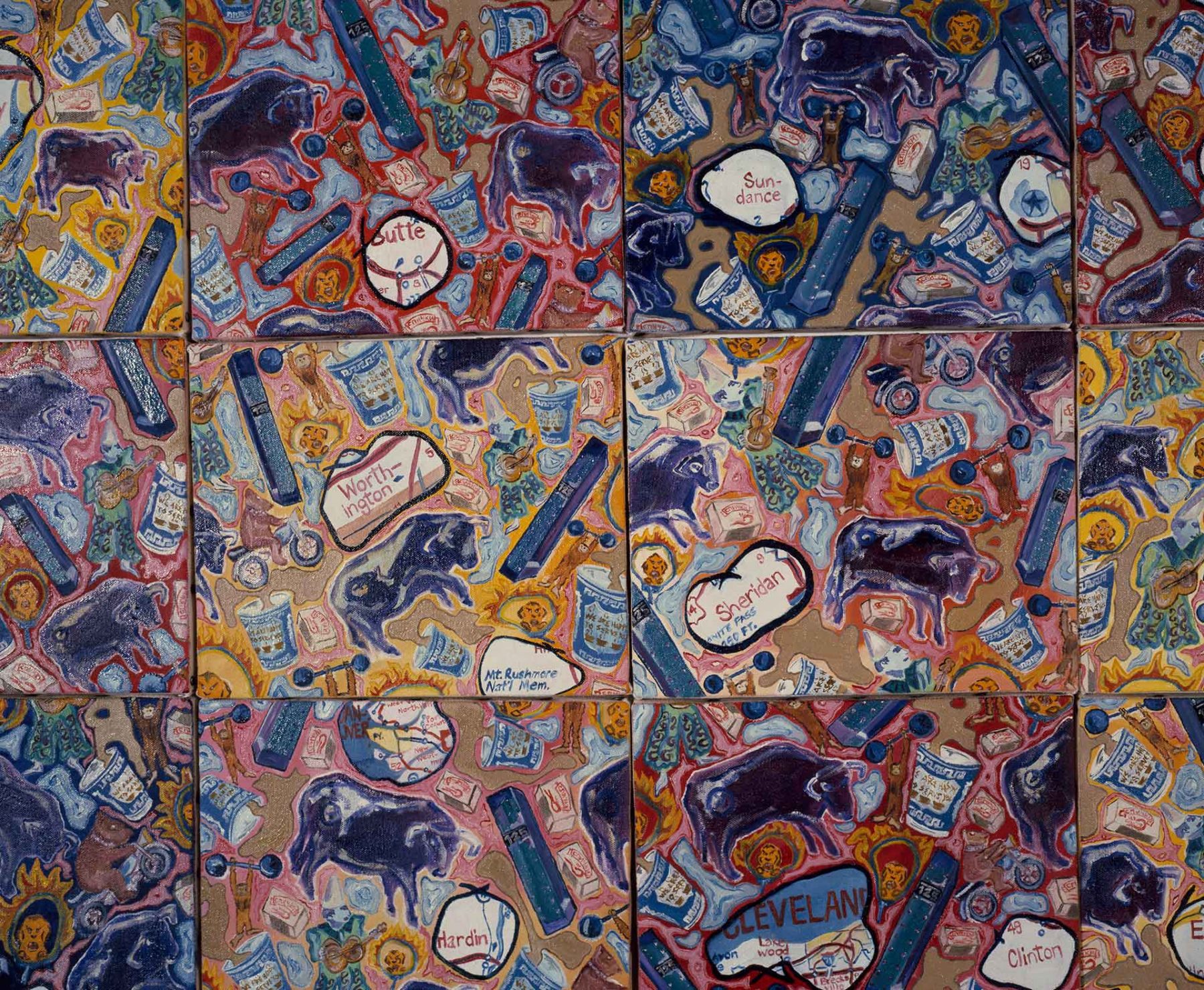 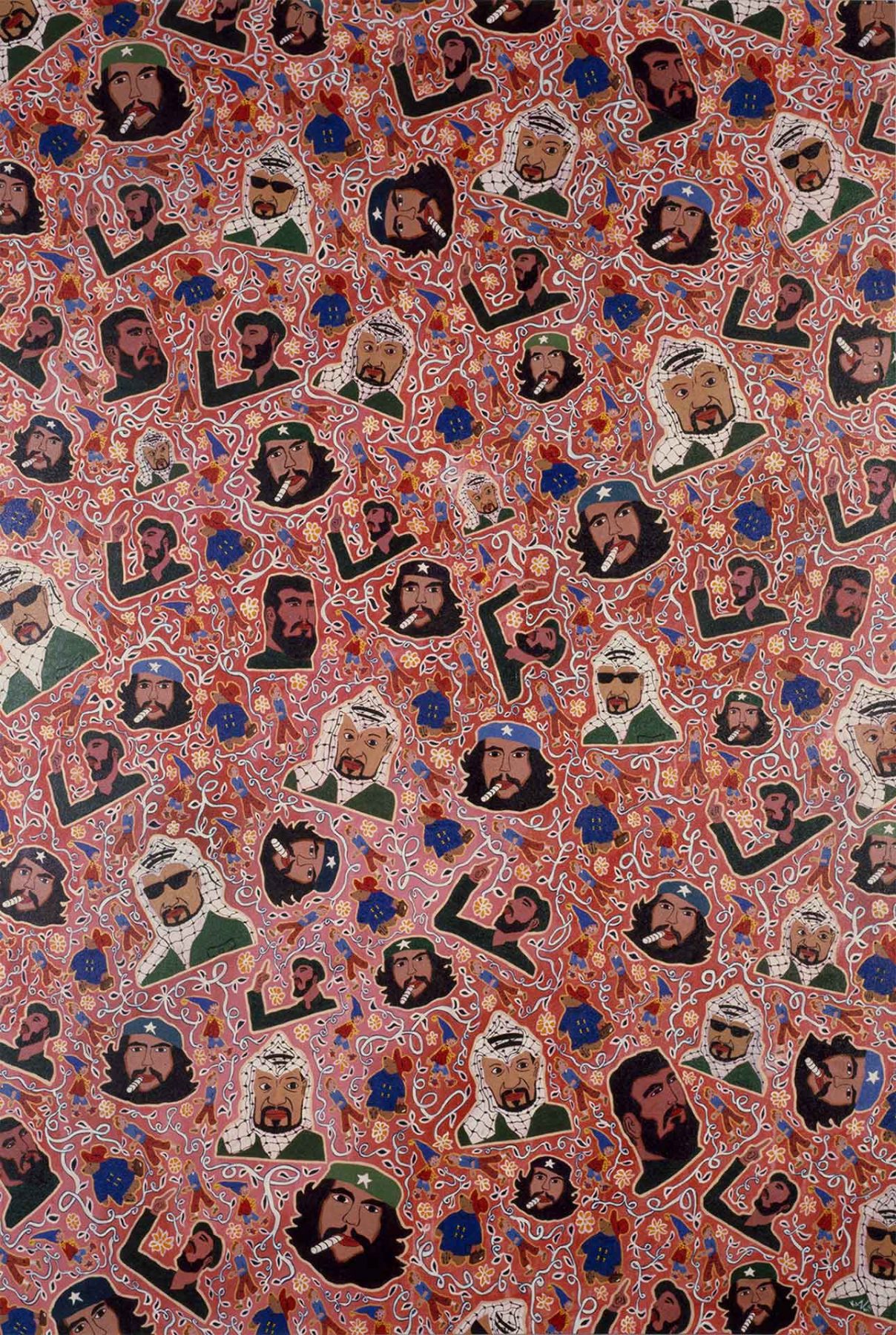 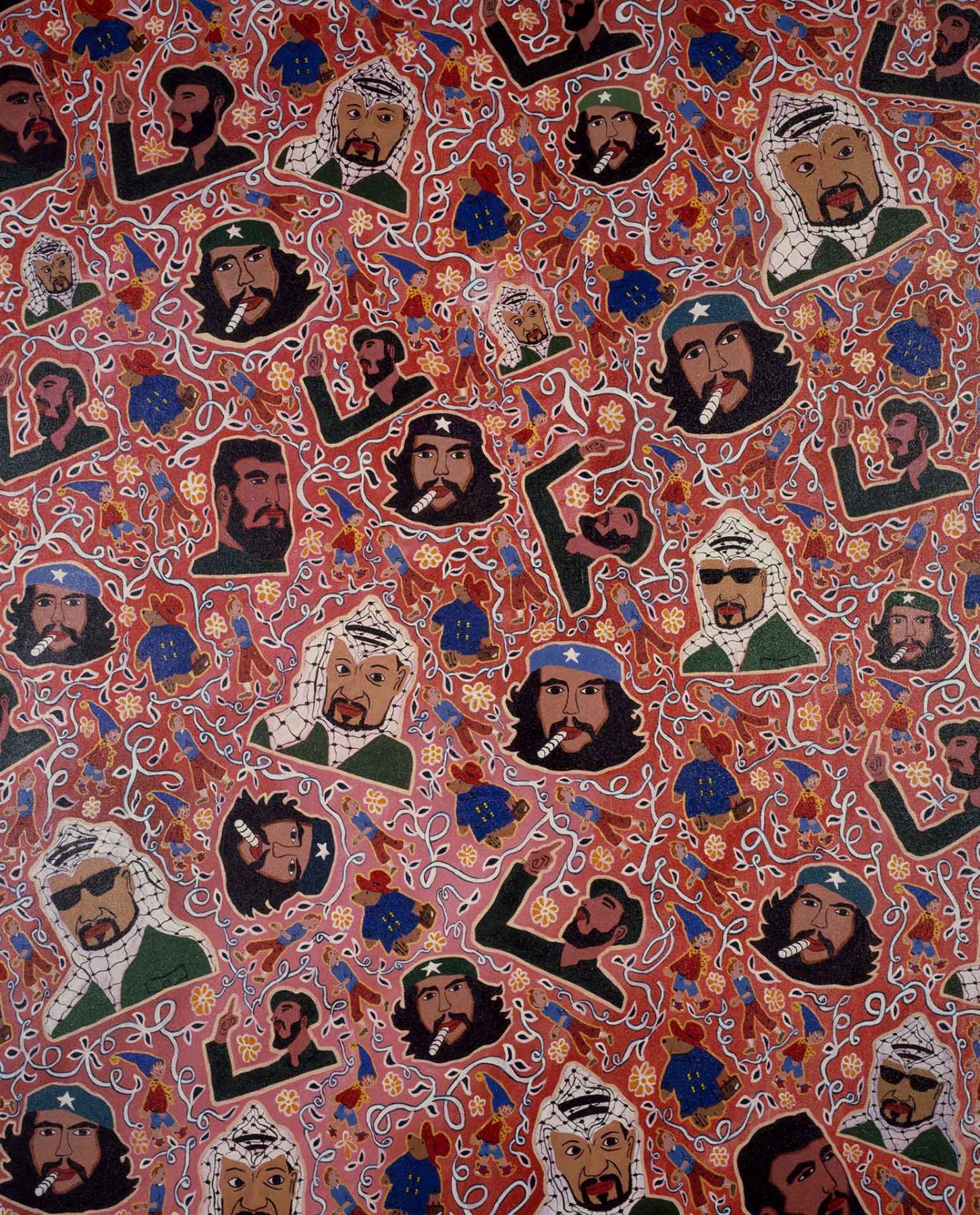 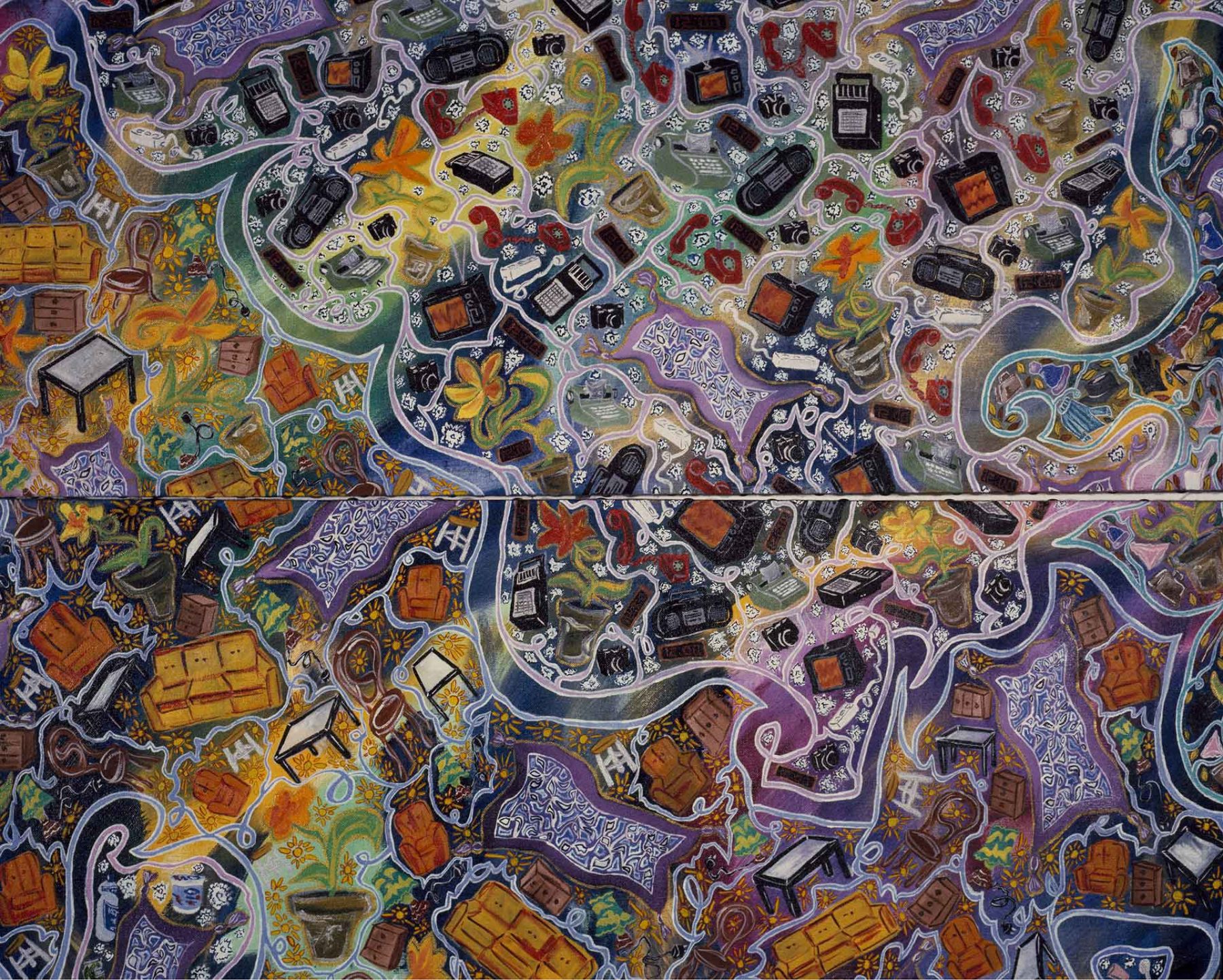 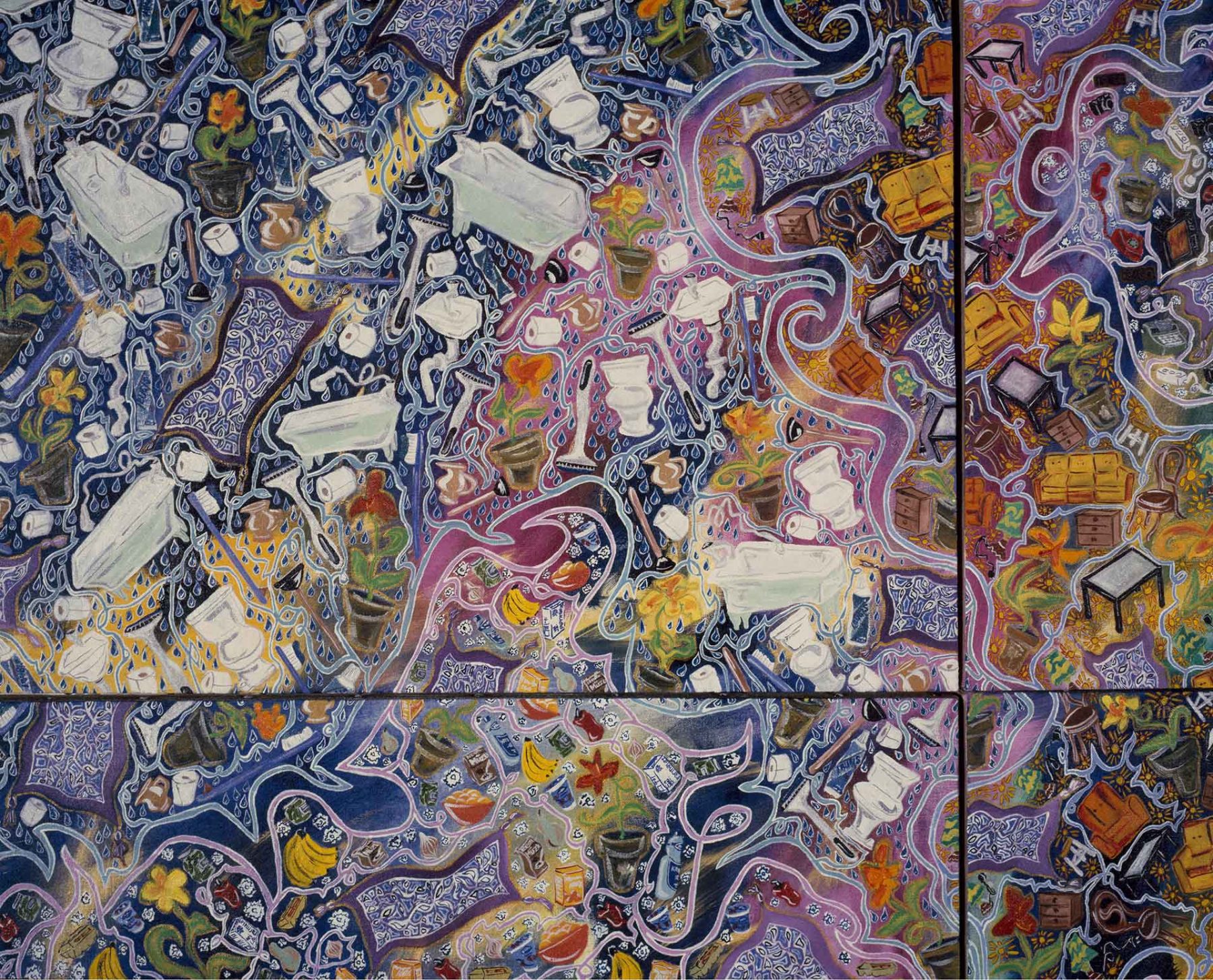 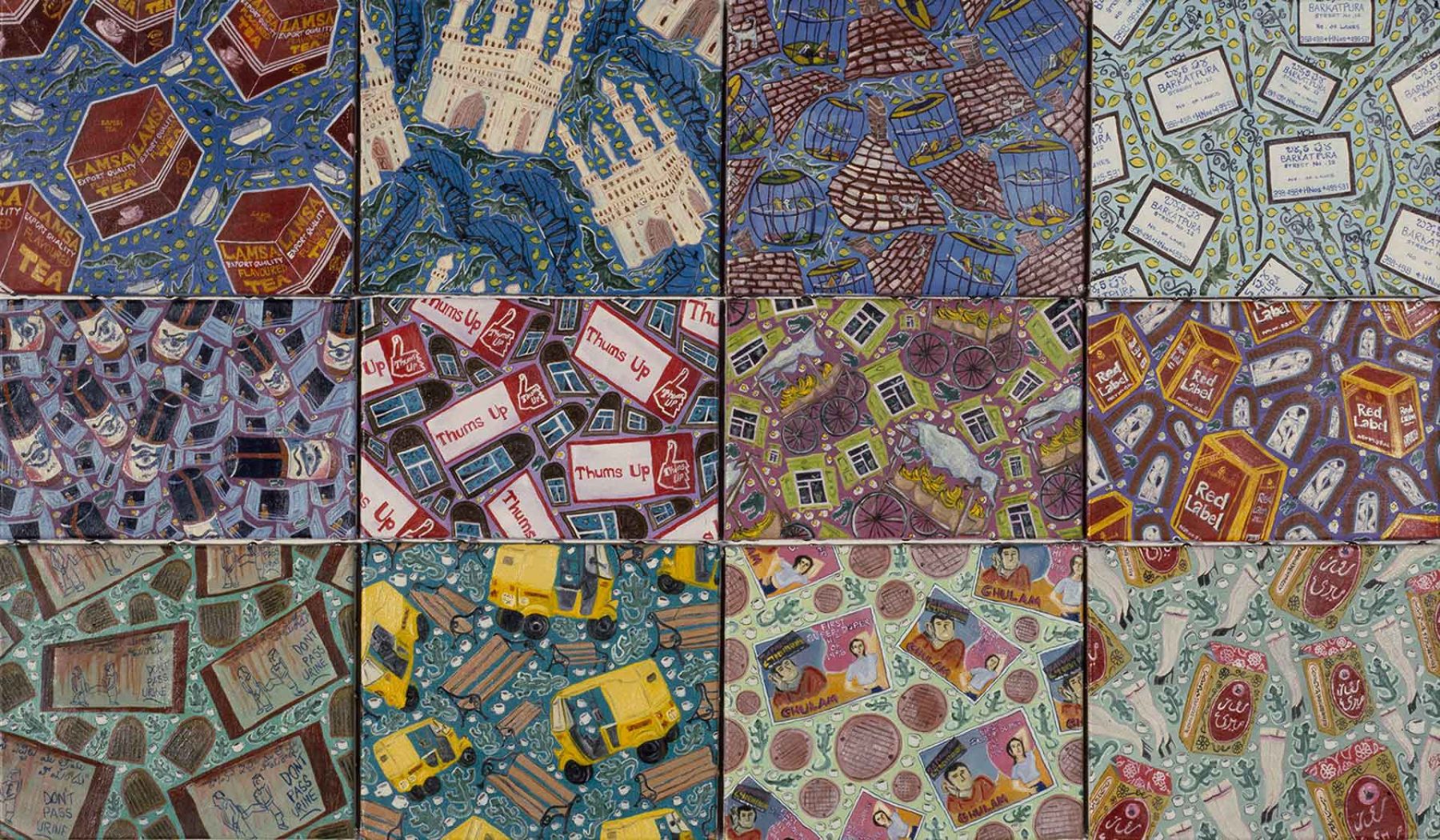 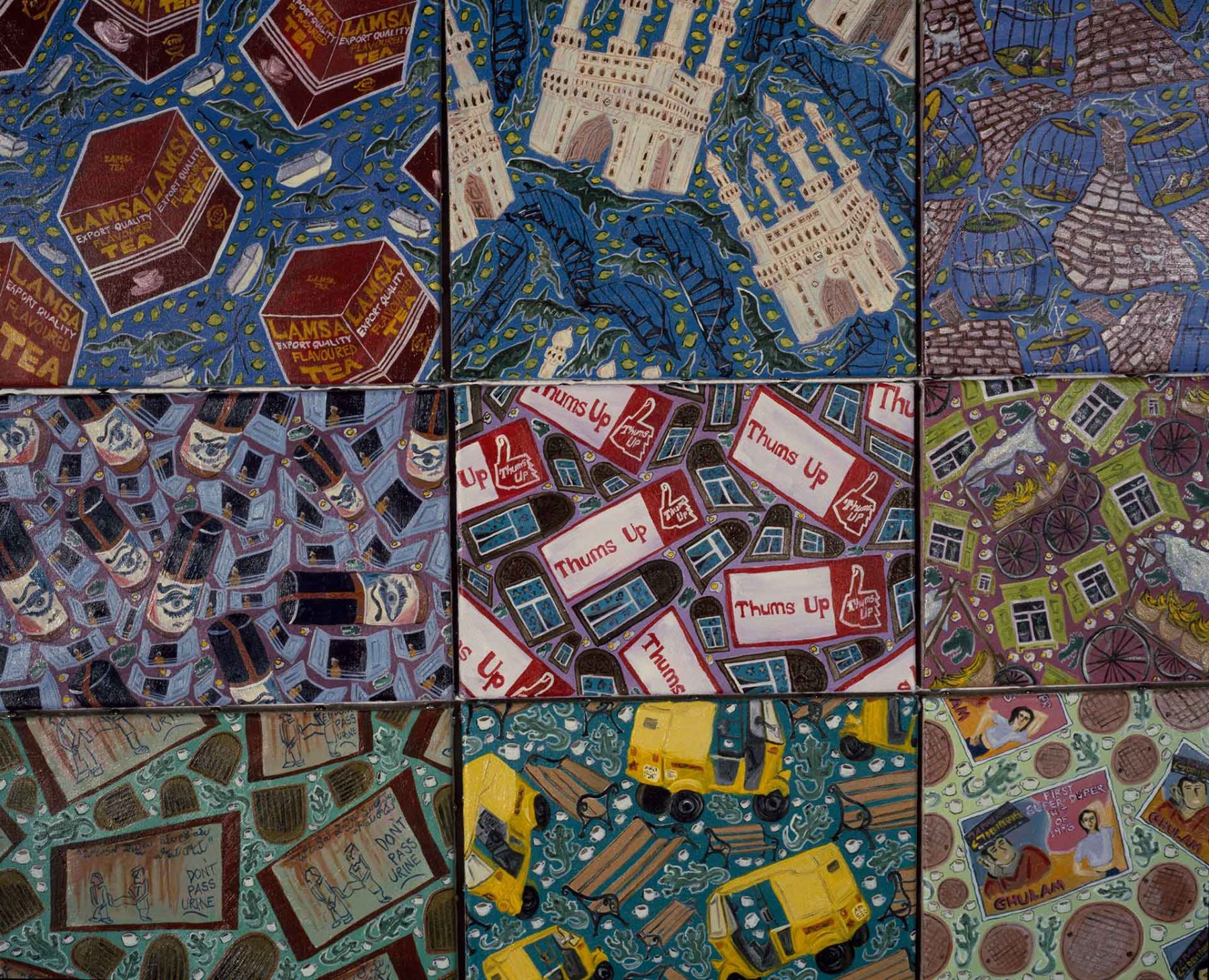 Cat on the Roof, detail 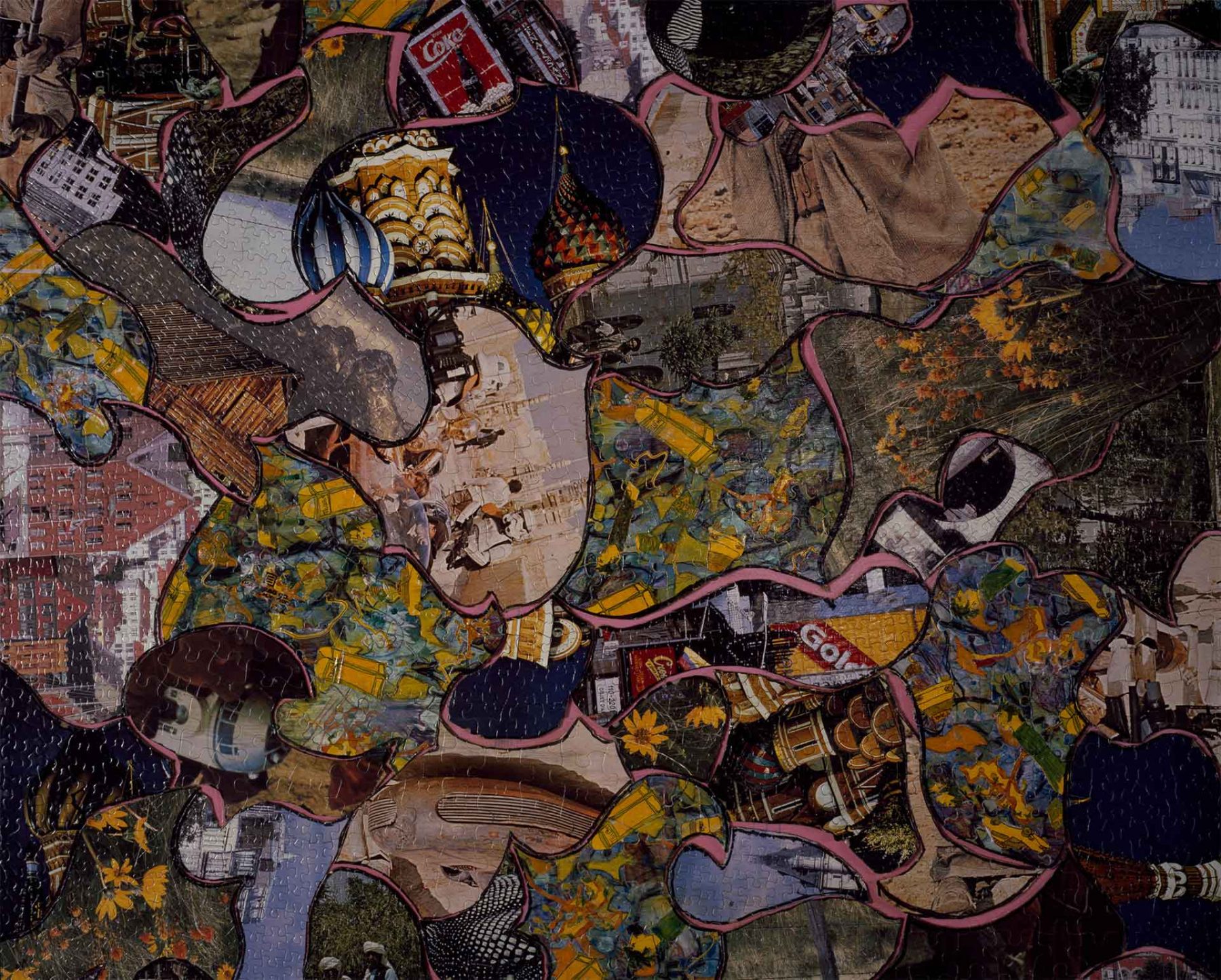 When in Rome, detail 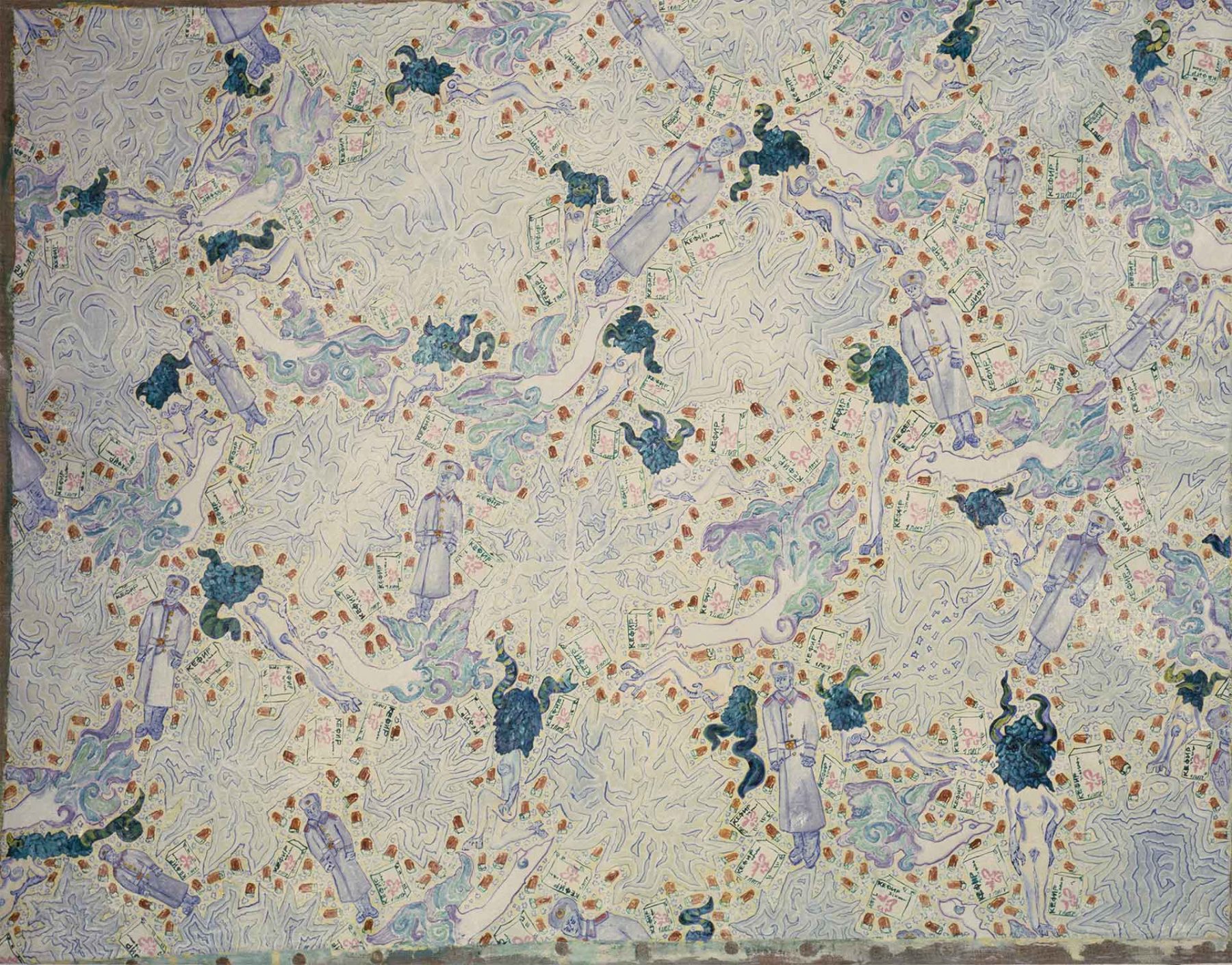 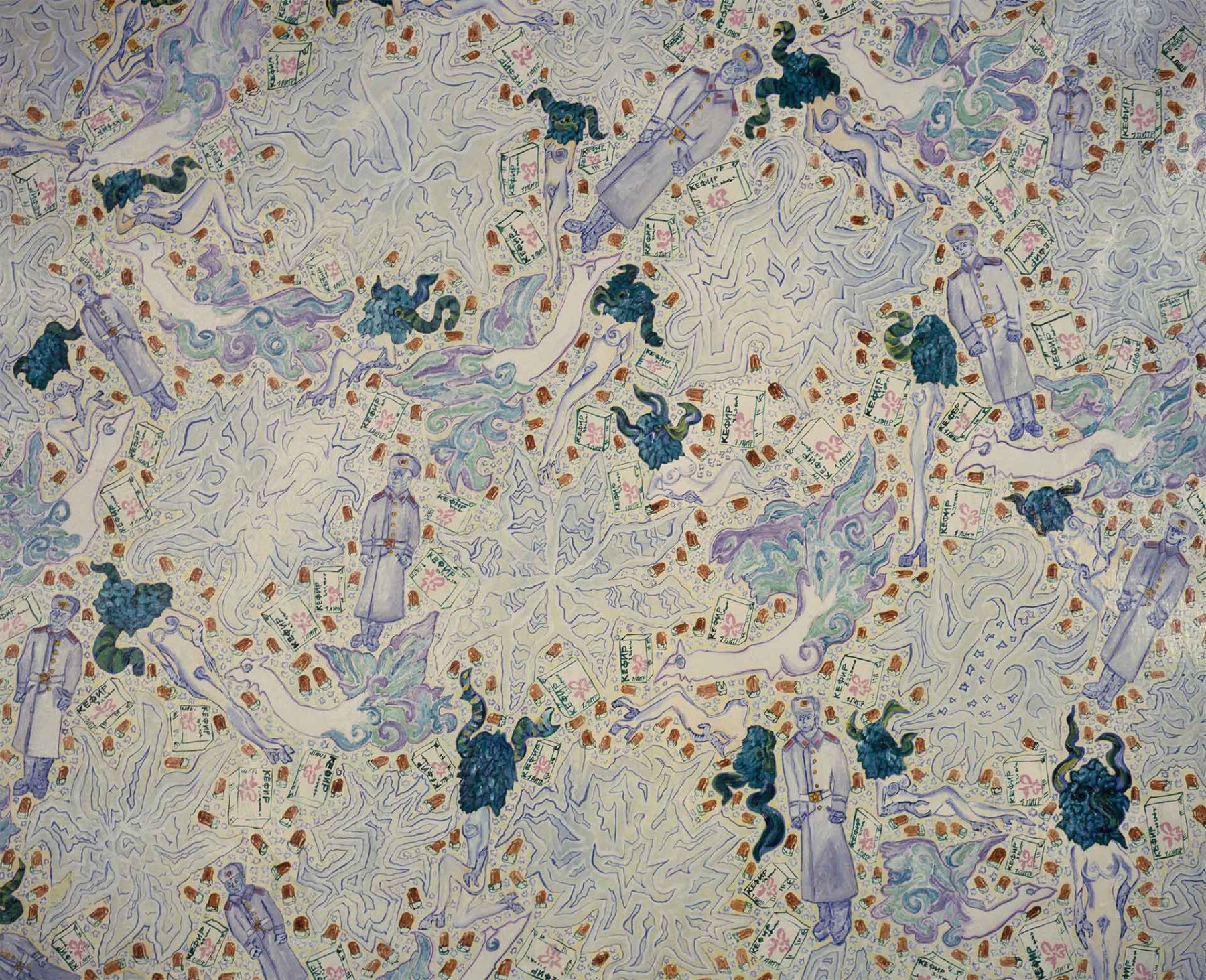 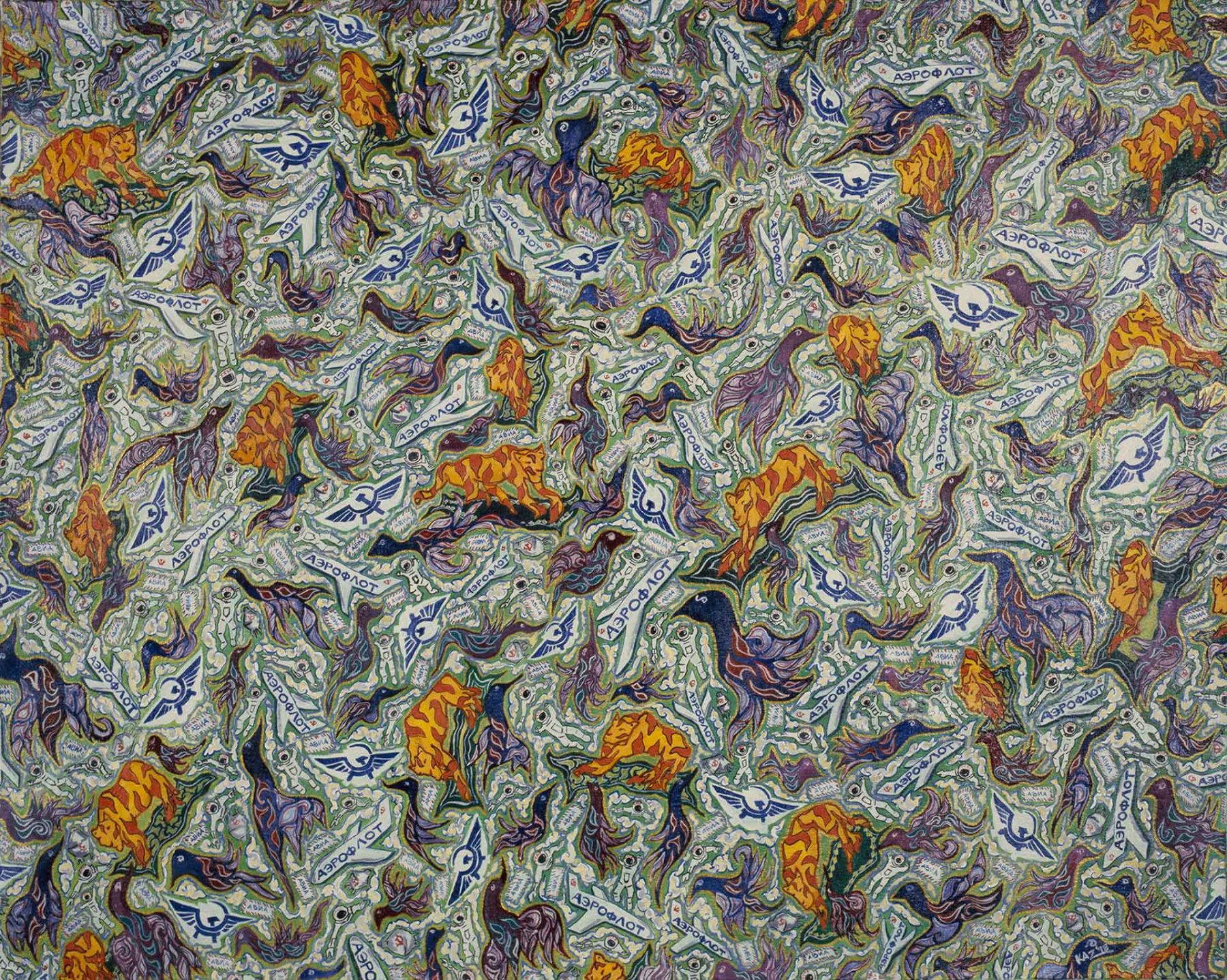 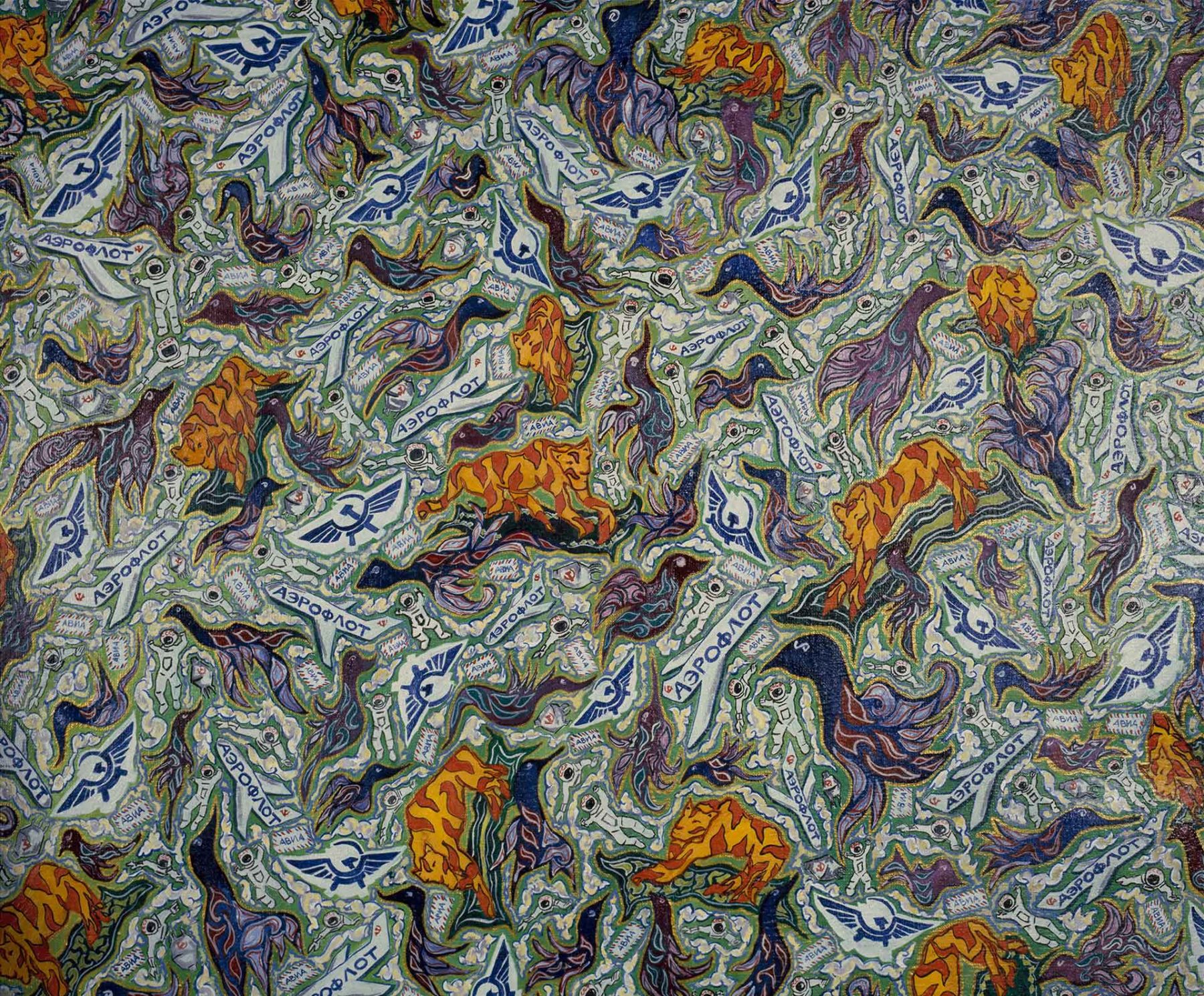 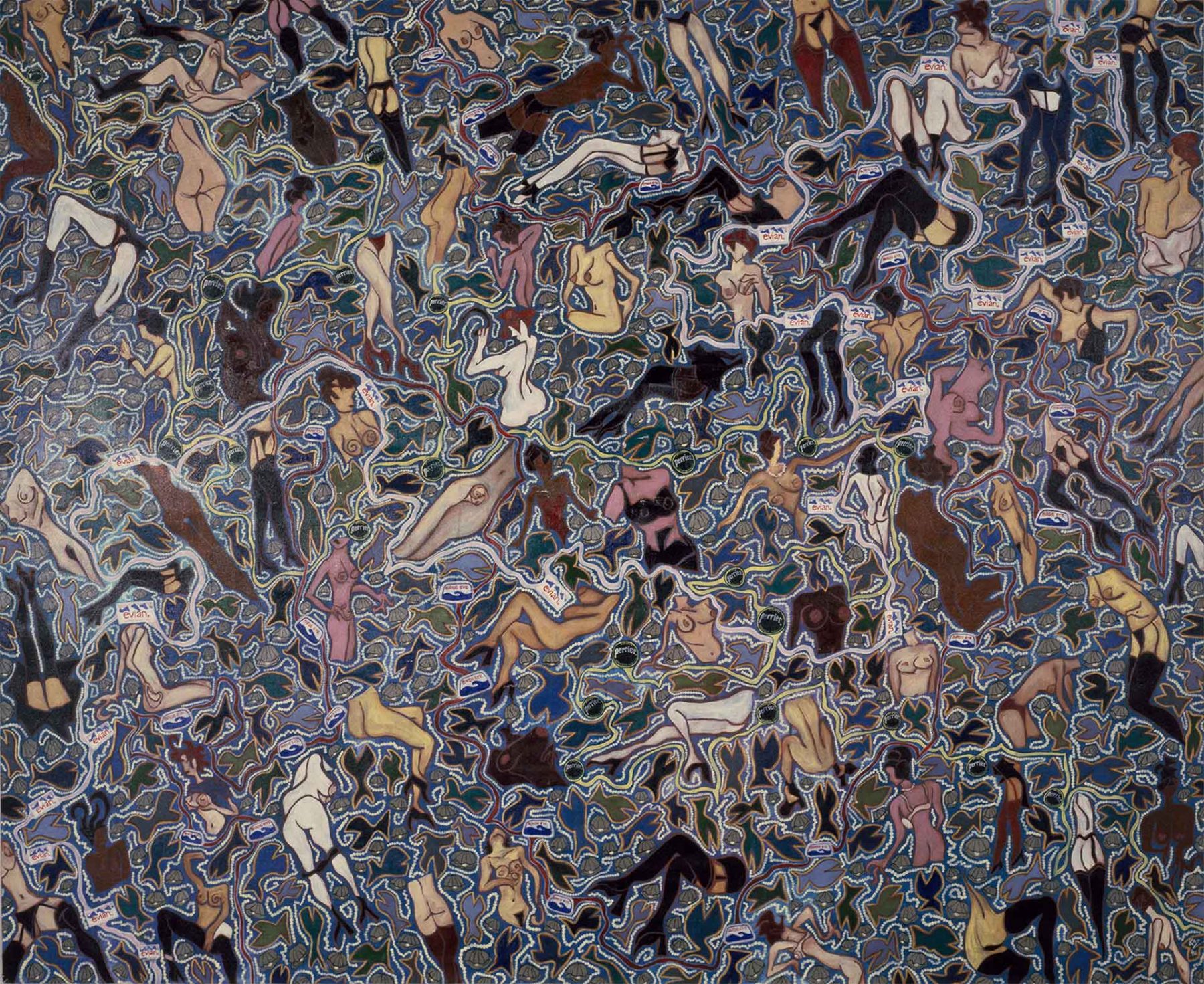 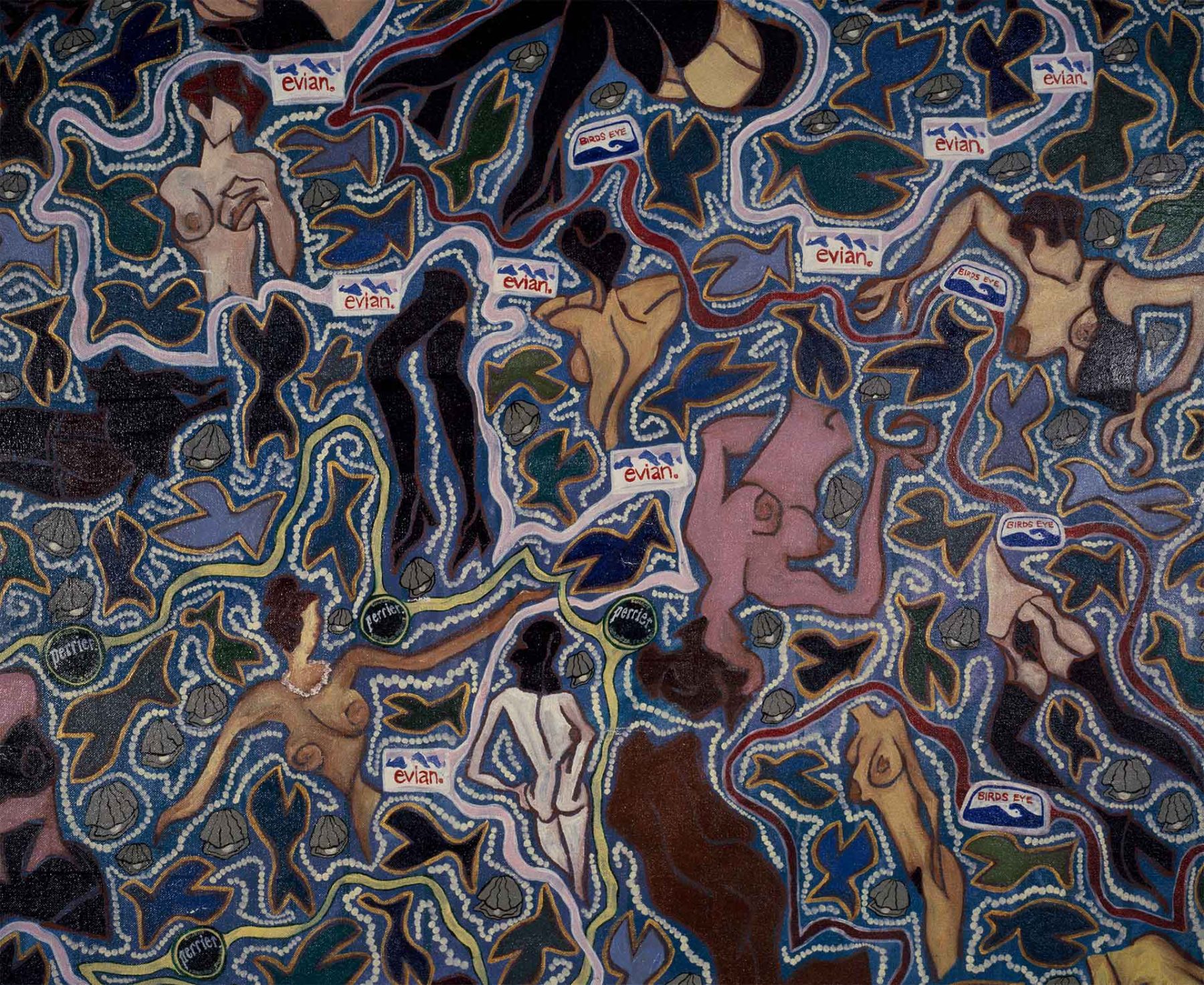 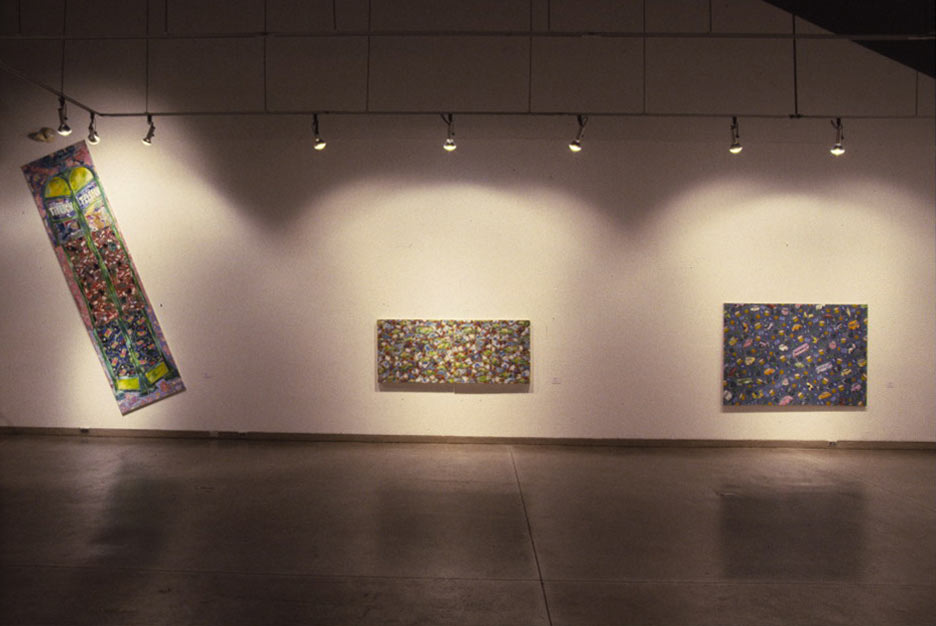 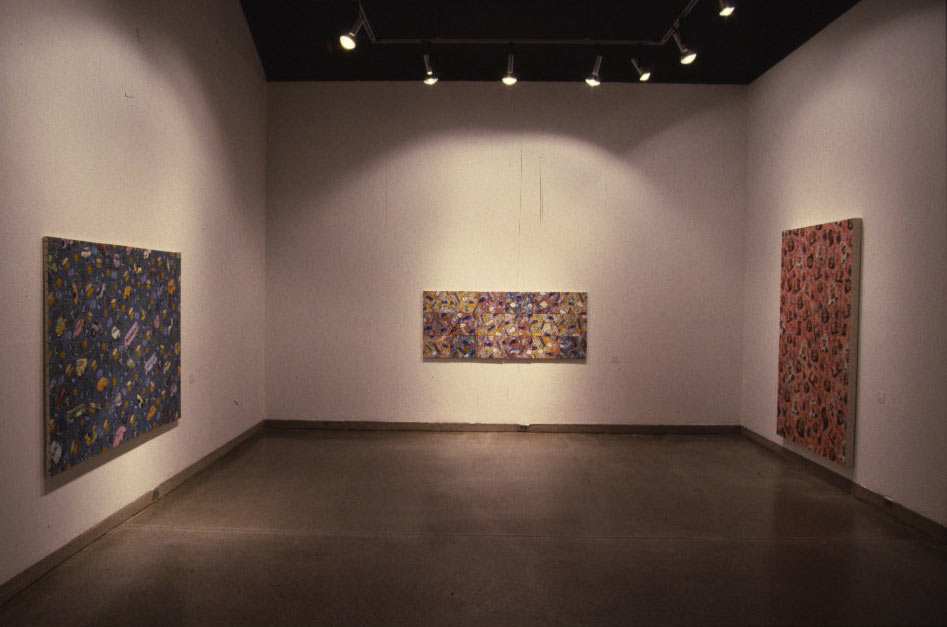 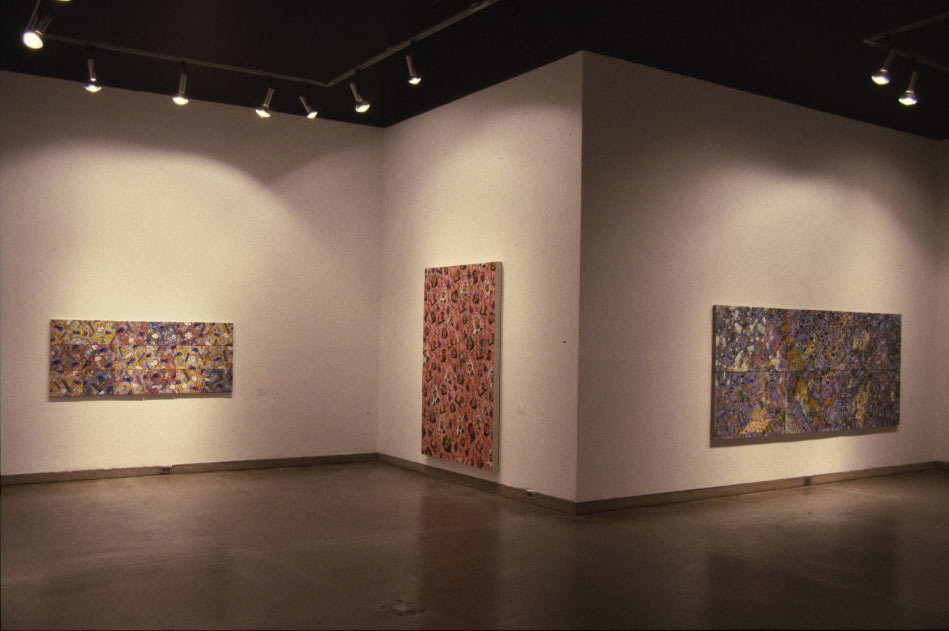 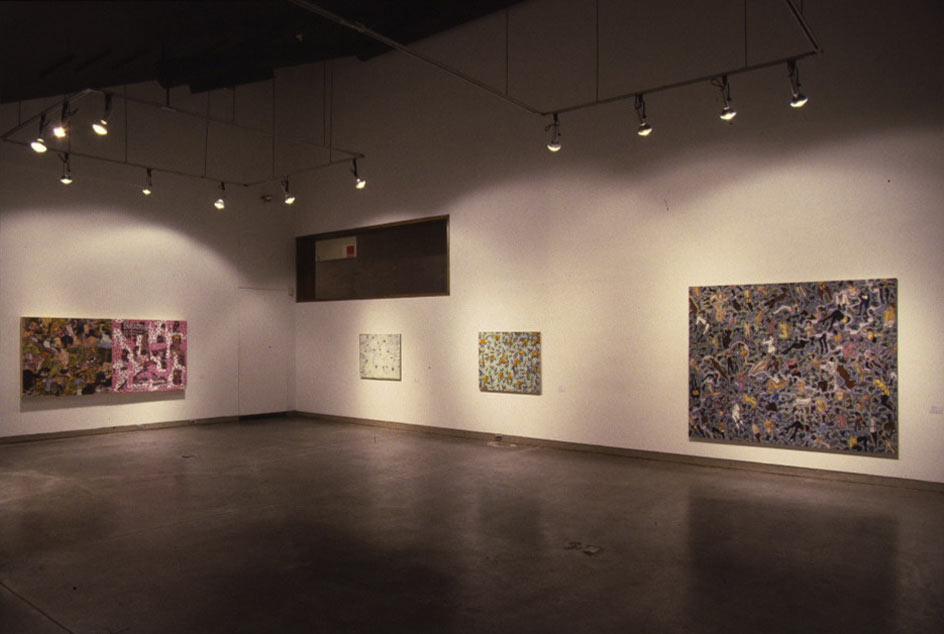